Boy with a Jug and Cup, known as The Toper

Soft-paste porcelain containing bone ash, figure of a boy, press-moulded, and glazed on the visible surfaces.

Soft-paste porcelain containing bone ash, figure of a boy, press-moulded, and lead-glazed on the visible surfaces. The closed underside has a central ventilation hole. The figure is supported on an almost round low mound base with a tree trunk at the back. The boy sits on the trunk with his left leg forward and his right leg behind him. He supports a tankard on the stump with his left hand and has his right arm across his body holding up a cup. He looks over his arm towards the viewer. He wears a soft conical hat, a ruffle round his neck, a jacket with many buttons, breeches, and buckled shoes. There is a tankard on the tree stump behind him, and on the base there are three ninepins, a ball, a jug with a spoon handle projecting from it, and a pipe. 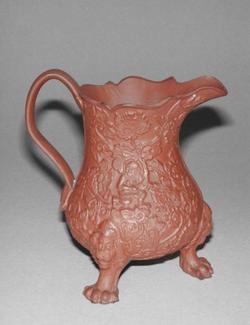 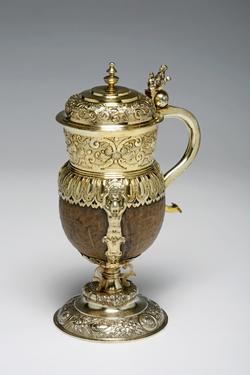 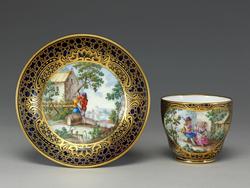