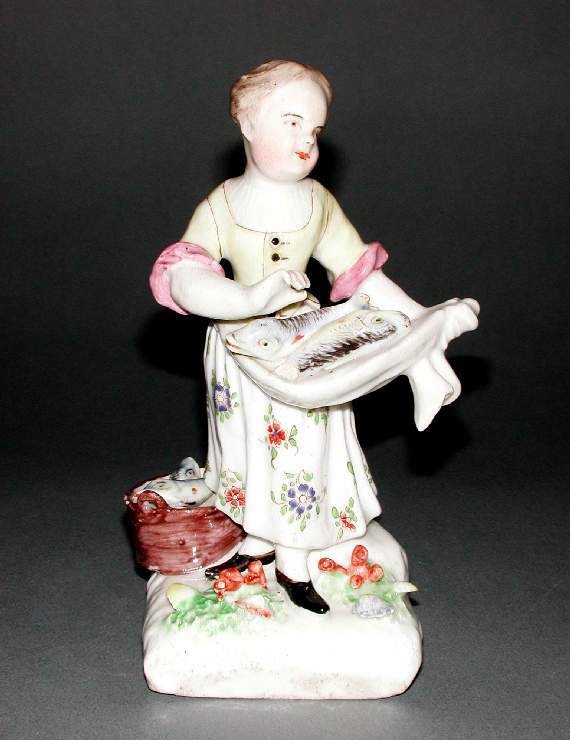 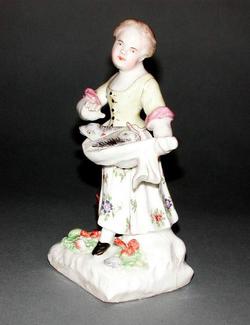 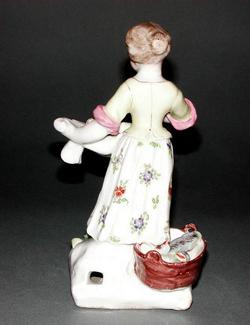 Soft-paste porcelain containing bone ash, figure of a Fisher Girl, press-moulded, and painted over lead-glaze in blue, green, yellow, flesh-pink, red, mauve, brown, and black enamels. The underside is closed and unglazed, except for a curved depression near the back, and has a circular ventilation hole in the back proper left quarter. The low rounded sides rise up above that area into a rock which has a square aperture at the back to take an attachment. The girl stands with her left leg slightly advanced holding up her apron containing two fish with her left hand and raising her right hand over it. Her head is turned slightly to her left. She has brown hair drawn up into a bun, a yellow bodice with black buttons and pale mauve cuffs, a flowered white skirt, and black shoes. Behind her on her right there is an oval brown basket containing four fish. All the fish are blue and black with touches of red. On the top of the base in front of the girl there are two groups of pink, yellow, red and blue shells and green seaweed. 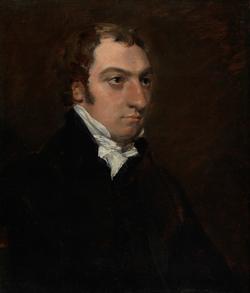 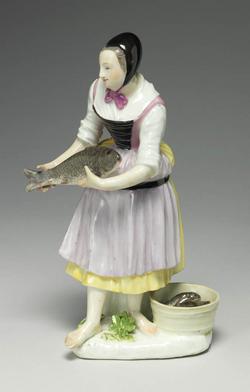 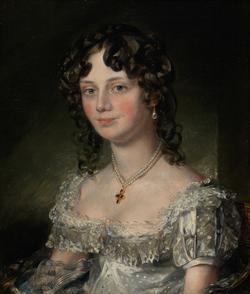 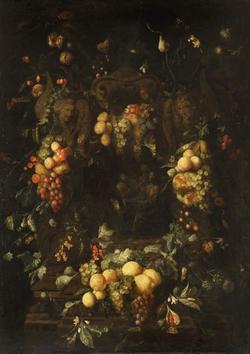 Still-life of fruit, with the Supper at Emmaus 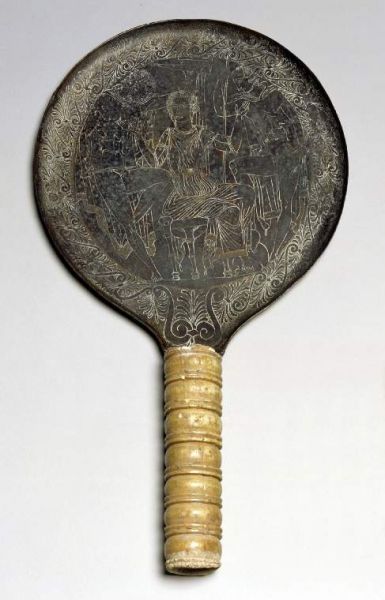