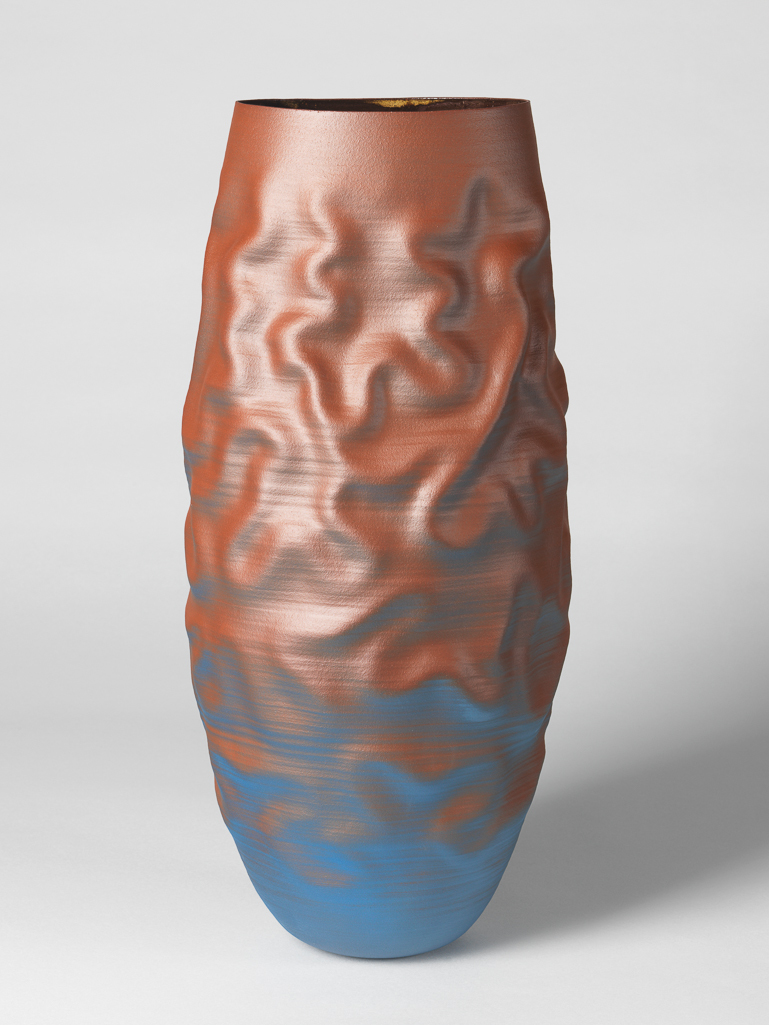 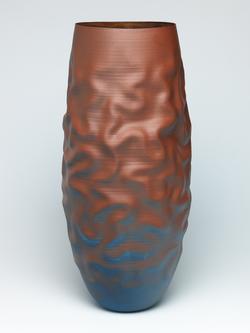 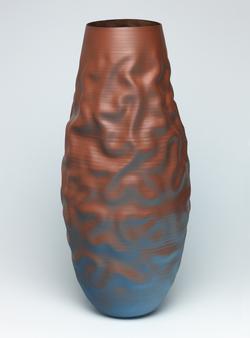 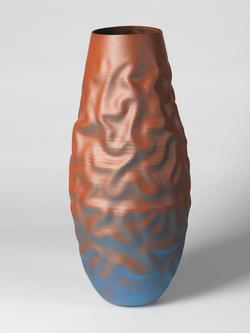 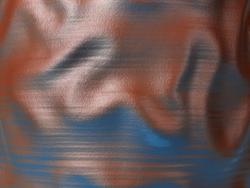 White St Thomas stoneware clay, thrown, with very thin ridged sides, and manipulated to produce a crumpled effect, and biscuit fired. The interior is covered with very shiny clear glaze. The exterior is sprayed overall with thin red-brown terrasigilata slip, and over that with blue stained slip. The lower part is rounded. The tall sides bulge out slightly in the middle, and then slope inwards towards the oval mouth. The blue-stained slip covers the base completely, gradually becomes dappled, and finally shades out about half way up the vase.

Text from object entry in A. Game (2016) ‘Contemporary British Crafts: The Goodison Gift to the Fitzwilliam Museum’. London: Philip Wilson Publishers: Nicholas Arroyave-Portela studied Ceramics at Bath College of Higher Education, and then worked in the London studio of potter Kate Malone. In 1996, he established his first studio with the aid of a Crafts Council setting-up grant, establishing his current studio in East London in 2000. The artist’s technical and visual invention with the clay vessel soon gained wide recognition, following early success with a major award at Ceramic Contemporaries II at the Victoria and Albert Museum in 1996, culminating a few years later in major museum shows in the UK and abroad. The present vessel’s forms draw inspiration from the artist’s fascination with the flow of water and the folds of moire silk garments that he studied at the Costume Museum in Bath as a student. ‘Drawing attention to the abstract qualities of Arroyave-Portela’s work is crucial. Although his pots are evocative of natural phenomena, his response to nature is lateral rather than literal.’ - Lesley Jackson, design curator, historian and author specialising in twentieth-century design. 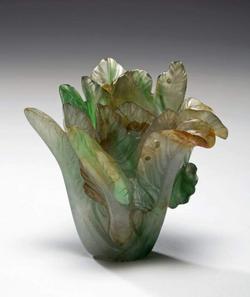 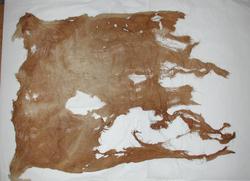 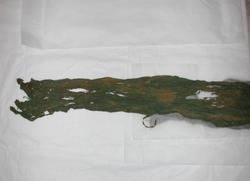