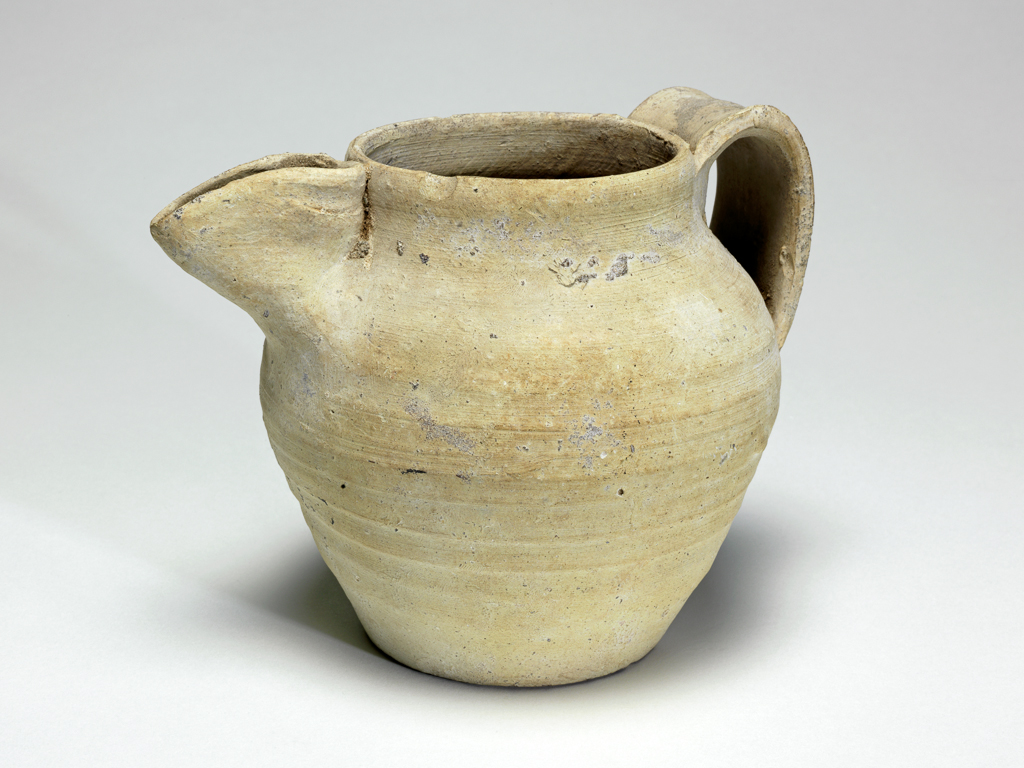 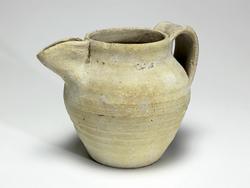 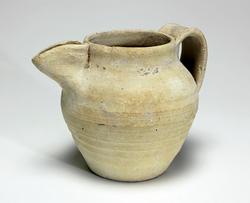 Medieval jug of unglazed earthenware with a squat ovoid body, horizontally ridged on the exterior.

Pale cream, unglazed earthenware. Shape 1. Squat ovoid body, horizontally ridged on the exterior, with short cylindrical neck; broad strap handle; and spout formed by a strip of clay, folded and pressed to the neck and shoulder.

History note: Recovered from a well at an unrecorded site at Orvieto, where purchased perhaps in 1908 by the donor, Richard Sneade Brown (1851-1917), of Heathcote, Worthing

The museum has no record of the date when the donor purchased this jug, but in February 1908, two pozzi were discovered in via de' Dolci, Orvieto. An unglazed jug of almost identical size, and similarly ridged, is in the Museo dell'Opera del Duomo, Orvieto. Another was excavated from butto A of the Palazzetto Faina in 1983.