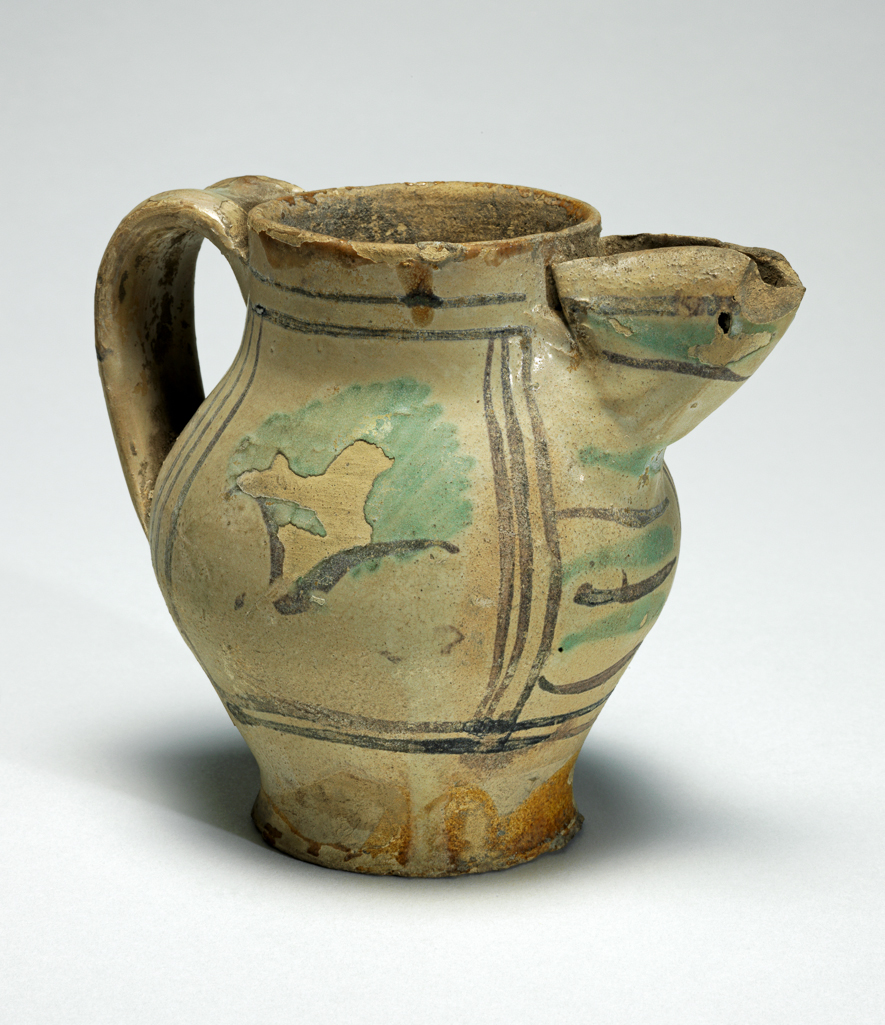 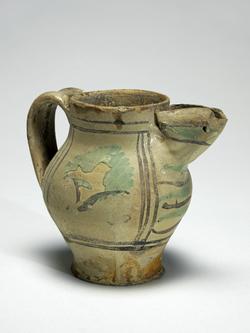 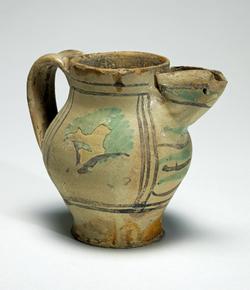 Cream earthenware; remnants of yellowish-brown lead glaze on lower part and interior; the rest tin-glazed pale beige. Painted in green and manganese-brown. Shape 7. Ovoid with flat base; cylindrical neck; broad strap handle with a longtitudinal depression down the middle; spout formed from a strip of clay, folded and pressed to the neck and shoulder.
The spout and handle are flanked by three vertical manganese lines forming side panels, each containing a dab of green with a manganese V under it, probably representing a leaf. The lower part and the neck are encircled by two manganese bands. Both sides of the spout, the area below it, and the back of the handle are horizontally striped in alternate colours.

History note: Purportedly from a well (pozzo) at Orvieto. Purchased in Orvieto in 1908 by Richard Sneade Brown (1851-1917), Heathcote, Worthing

Given by R.S. Brown

This form, which has an ovoid body, a fairly narrow neck with an applied folded spout and a strap handle, was one of the earliest and most common made in maiolica. It probably appeared during the first phase of maiolica production in Orvieo (c. 1225-50) alongside similar jugs decorated under lead glaze and was common during the Developed Phase (c. 1250-1350).

Inscription present: similar to other label