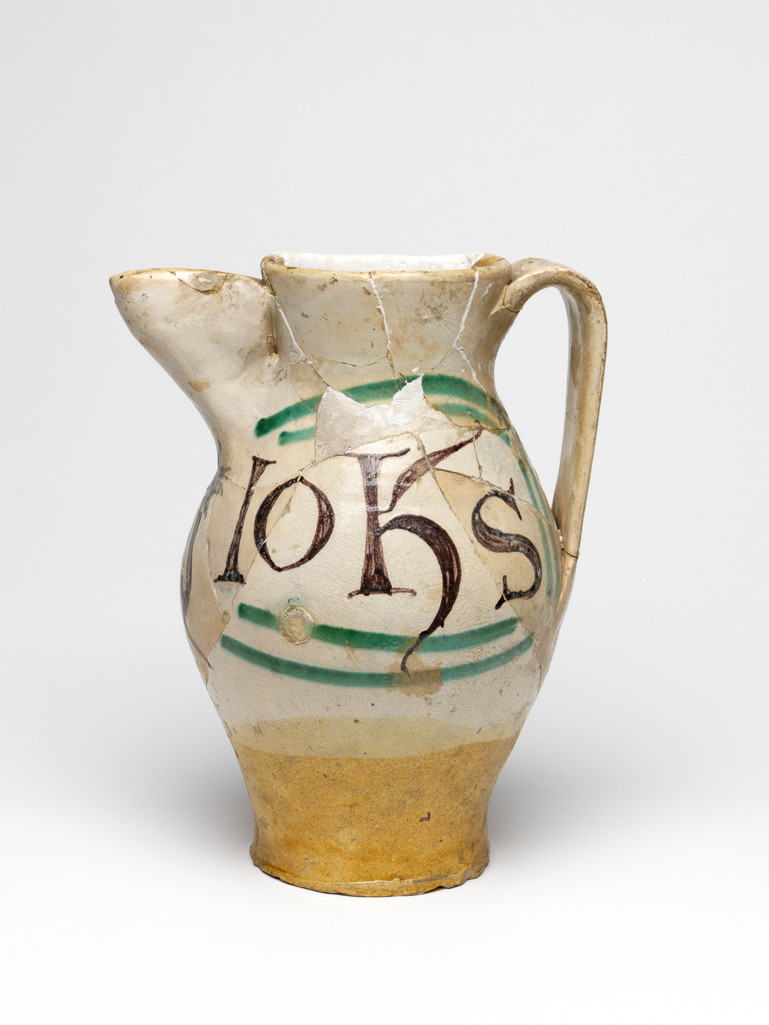 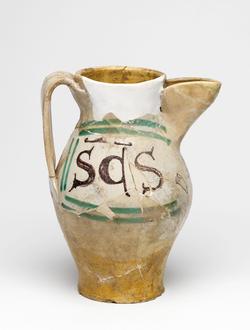 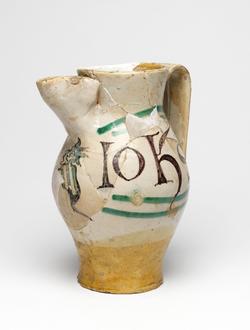 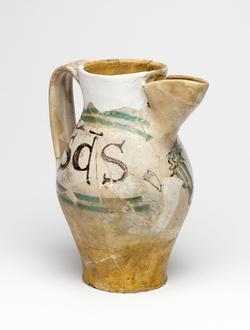 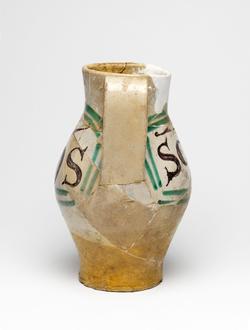 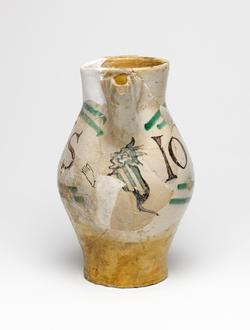 Cream earthenware, the lower part and interior are lead-glazed brownish-yellow; the rest is tin-glazed off-white. The tin-glaze has crazed. Painted in manganese and green.
Shape 7. Ovoid with flat base; cylindrical neck, expanding slightly towards the rim; broad strap handle; spout made from a strip of clay, folded and pressed to the neck.
On the front under the spout, a grotesque devil with a striped body, long tail and four horns on its head, faces to the left holding out one of its hands. One side of the jug bears the word `SaS' (Sanctus) in manganese, enclosed by two green lines forming a curved rectangular frame, open on the side nearest the devil. The other side bears the word `IohS' (Johannes), similarly framed.

This jug was probably made for the Augustinian convent of San Giovanni in Orvieto. Two jugs from the convent, also inscribed fro San Giovanni, were acquired by the Museo Nazionale del Bargello in Florence in 1910. Two smaller fragmentary jugs inscribed respectively 'IoH'and 'SaS' can be seen in an early twentieth-century photograph of pottery recovered from butti (rubbish pits) in Orvieto.