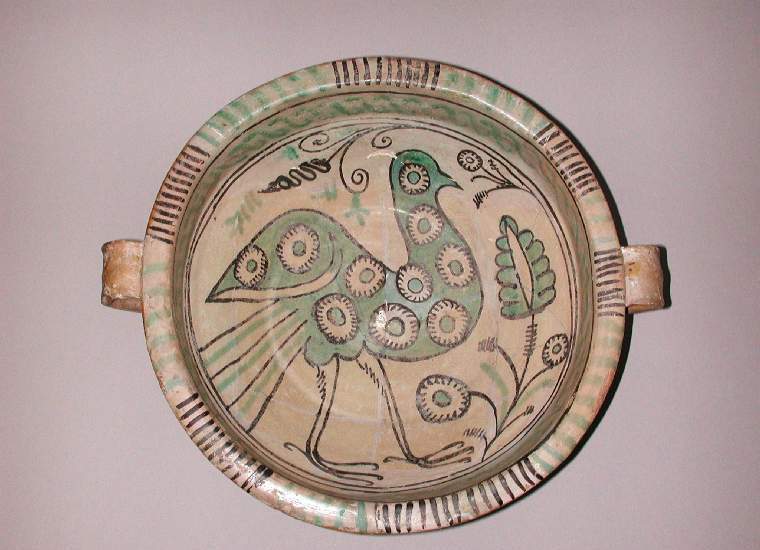 Maiolica two-handled bowl, painted in manganese and green with, on the inside, a peacock.

Reddish-buff earthenware, the interior and handles tin-glazed greyish-white, the exterior lead-glazed pale brownish-yellow, which has run over onto the base. Painted in dark manganese and copper-green.
Shape 34. Circular with deep sides, curving outwards from the base and then upwards almost vertically to the flat projecting rim; two small broad strap handles on opposing sides.
Inside, a peacock faces in profile to right with its tail folded, and its body and wings decorated with rosettes, one of which forms its eye. On the right there is a stylised plant with a lobed leaf and two flowers, similar to the motifs on the bird. Above its head, a tendril sprouts from the edge of the border, and by its beak there is a circular stylised flower. The sides are decorated with a row of green reversed Ss, with two black horizontal bands below and one above, and the rim with alternating groups of manganese and green radiating stripes.