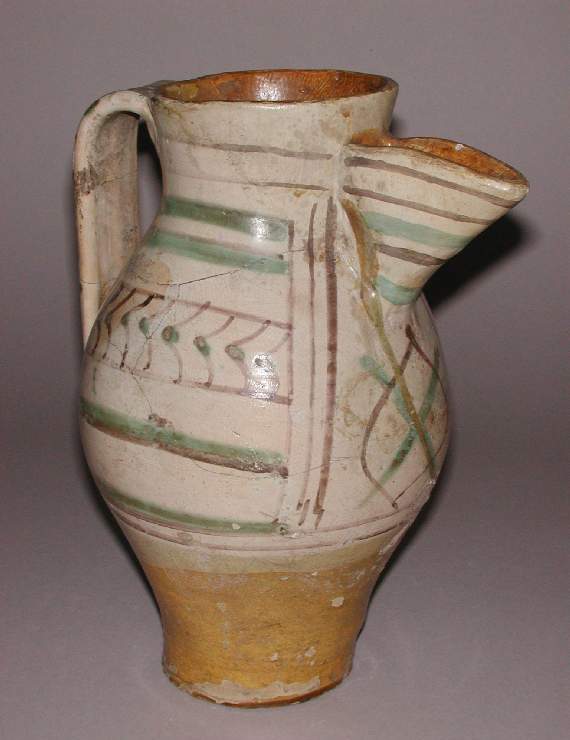 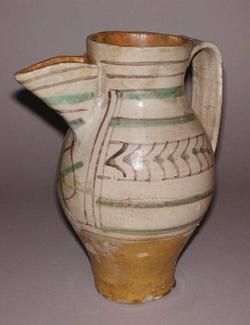 Cream earthenware; the interior and lower part of the exterior lead-glazed honey-yellow; the rest thinly tin-glazed ivory; the glaze crazed. Painted in copper-green and manganese-brown.
Shape 7. Ovoid with flat base; cylindrical neck, expanding slightly towards the rim; broad strap handle; spout formed by a strip of clay folded and pressed to the neck and shoulder.
The spout and handle are flanked by three vertical manganese lines forming side panels, each crossed by a row of horizontal chevrons between narrow horizontal lines, with, above and below, two sets of a green and a manganese line. On the front, below the spout, there is an almond-shaped motif with a saltire cross over it. Below and round the neck are two manganese horizontal bands; on the spout, horizontal stripes in alternate colours; and on the handle, seven alternate oblique stripes.