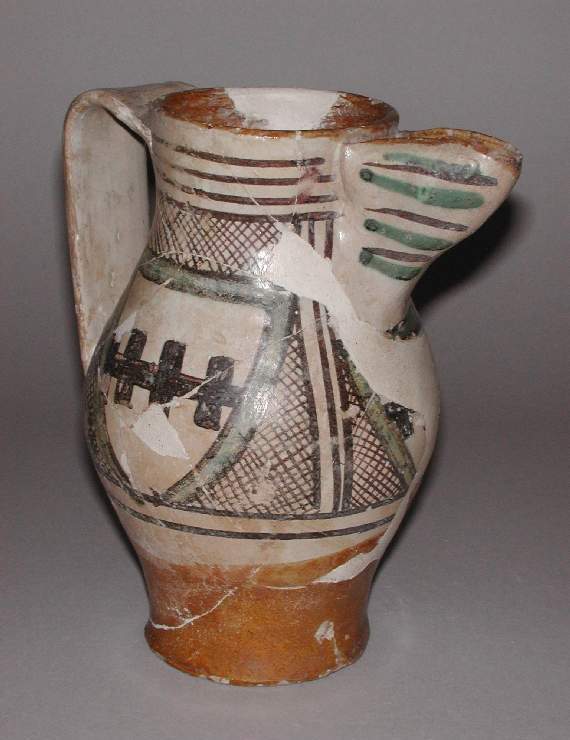 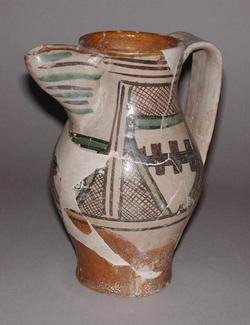 Late Medieval maiolica jug, painted in manganese and green with a shield on each side.

Cream earthenware; the interior and lower part lead-glazed yellowish-brown; the rest tin-glazed greyish-white; base unglazed. Painted in dark manganese and copper-green.
Shape 7. Ovoid with flat base, cylindrical neck applied folded spout and broad strap handle.
The spout and handles are flanked by three vertical manganese lines forming three panels, each decorated with a shield with a green border charged with a fess double-embattled sable, reserved in a manganese cross-hatched ground. Below are two manganese bands, and on each side of the neck, four. The spout is striped horizontally in alternate colours and there are two green horizontal stripes at the base of the handle.

The arms might have been intended for Ranieri of Perugia or Orvieto, although the latter had a crescent above, and a star below the embattling.

This jug was probably made in Orvieto because it can be seen in a photograph in the Biblioteca comunale, Orvieto, which shows a group of medieval maiolica in the possession of Cavaliere Capitano Ferdinando Lucatelli by 1909. 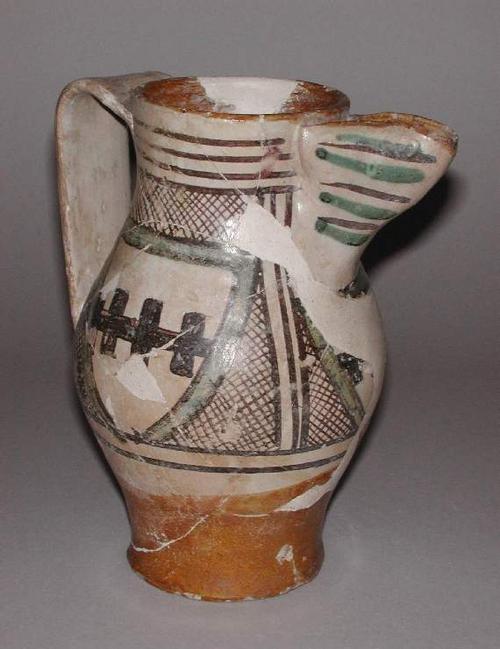