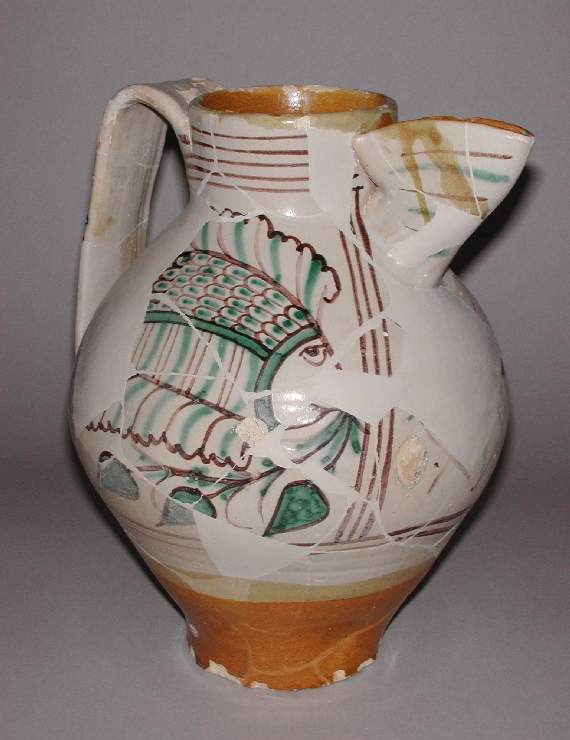 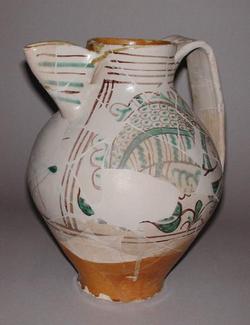 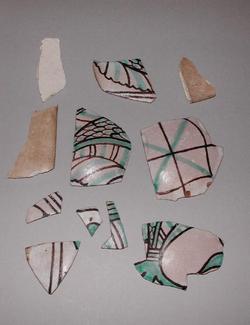 Jug, partly lead-glazed and partly tin-glazed and painted in manganese and green with a fish and foliage on each side.

Cream earthenware; the lower part and interior lead-glazed brownish-yellow; the rest tin-glazed off-white. Painted in manganese and copper-green.
Shape 7. Swelling ovoid body with flat base, cylindrical neck, and strap handle.
The handle and spout are flanked by three vertical manganese lines forming side panels, each occupied by a large fish and foliage. Under the spout there is a crossed rhomboid. Below are two manganese bands; on the neck, five; and on the handle, horizontal stripes in alternate colours.