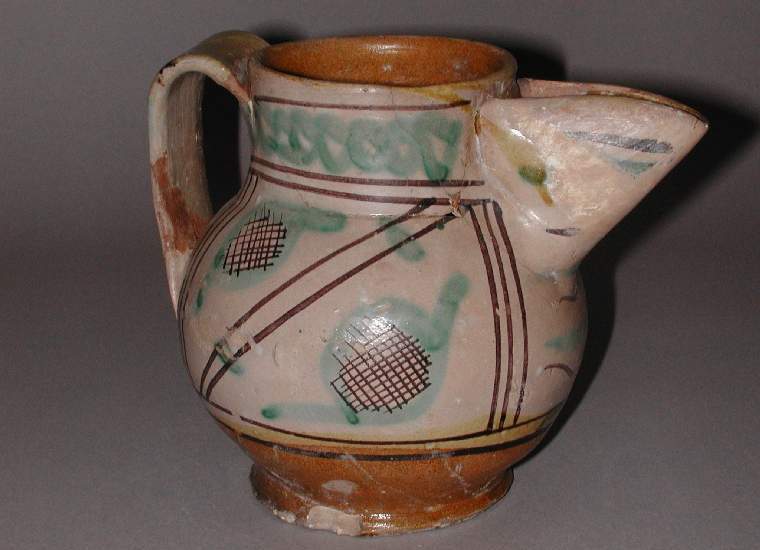 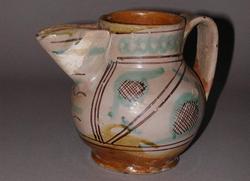 Buff earthenware; the interior, lower part and base are lead-glazed yellowish-brown; the rest tin-glazed pale grey. Painted in manganese and copper-green.
Shape 8. Globular body with disk base, short cylindrical neck, pelican beak spout and wide strap handle.
The spout and handle are flanked by three vertical lines forming side panels, each containing two diagonal lines with, above and below them, a leaf with a green outline and cross-hatched centre. On the spout and front there are horizontal lines of alternate colours. The lower part is encircled by two horizontal manganese bands, and the neck by two manganese, a green chain and another manganese. The handle has six horizontal stripes of alternate colours.

The '29' on the base is, probably, the jug's lot number in the Marcioni-Lucatelli sale catalogue (this lot was sold to Visconti), but the description is insufficiently detailed to identify it with certainty. If it was, this is probably indicates that it was made, and found in Orvieto or its vicinity.