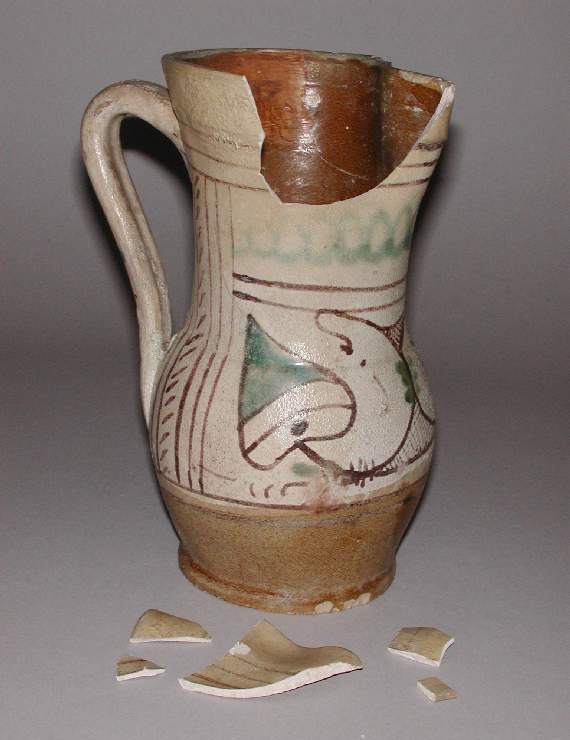 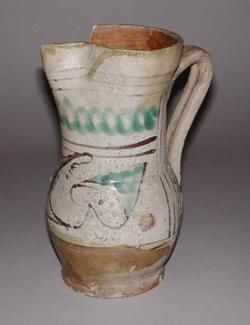 Late Medieval maiolica jug, painted in manganese and green with leaves at the front, cross-hatching, oblique strokes and lines.

Pale yellowish-buff earthenware, the interior, lower part and edge of base lead-glazed yellowish-brown; the rest tin-glazed off-white. The glaze has bubbled, leaving craters in its surface. Painted in manganese and copper-green.
Shape 11. Ovoid body with disk base, tall cylindrical neck, carinated rim, pinched at the front to form a lip (missing), and loop handle with a depression on the underside.
The front is decorated with two heart-shaped leaves linked by curved stems and two triangles filled with cross-hatching. On each side of the handles, in manganese, there are oblique strokes between two groups of three vertical lines. Above and below are two manganese horizontal bands; on the front of the neck, a green chain with three manganese bands above; and on the handle, six horizontal stripes of alternate colours.