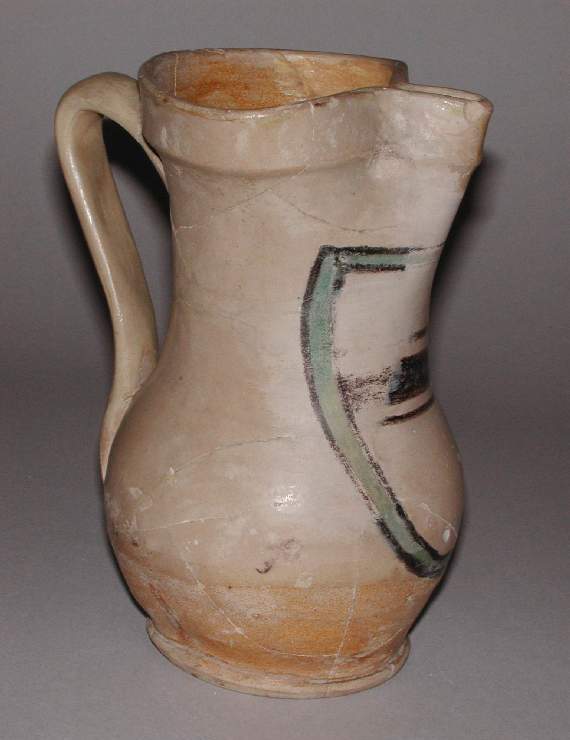 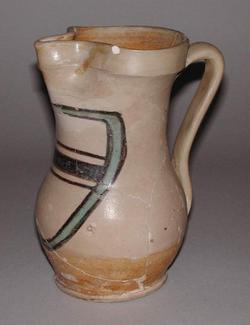 Late Medieval maiolica jug, painted in manganese and green with a shield on the front.

Pale buff earthenware. The interior and lower part are lead-glazed yellowish-brown; the base is unglazed, and the rest is tin-glazed beige. Painted in dark manganese and green.
Shape 11. Globular body with disk base, tall cylindrical neck, carinated rim, pinched spout and loop handle of D-section.
The front is decorated with a shield with a green edge charged with a fess cotised sable.

The restricted colour range, and the difficulty of knowing whether a fess or a fess cotised was intended, prevents a secure identification of the arms. A jug with a similar shield was excavated from butto B of the Palazzetto Faina in Orvieto.