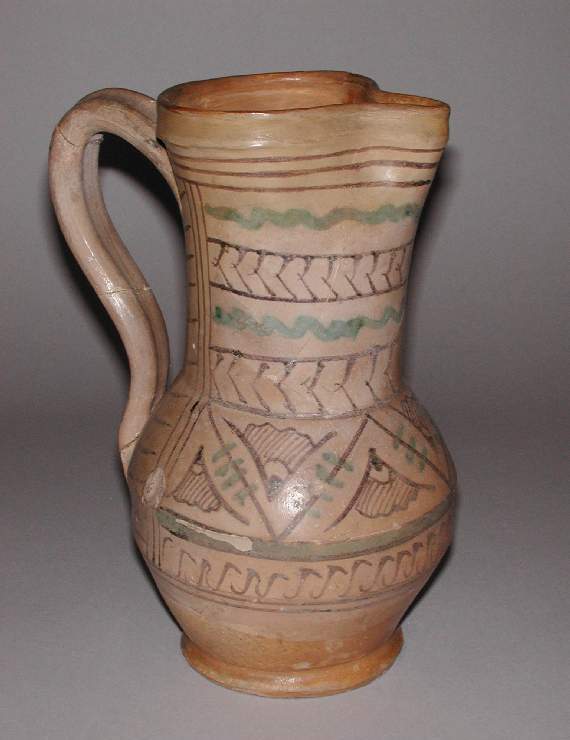 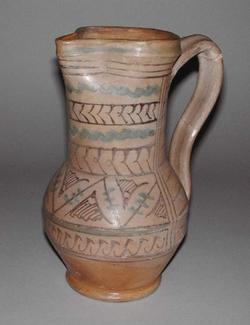 Pale buff earthenware. The interior and lower part are lead-glazed pale brown; the rest is tin-glazed pale beige. Painted in dark manganese and green.
Shape 12. Globular body with disk base and restriction, tall cylindrical neck, carinated rim, pinched spout and handle with longtitudinal ridge of which only the upper part is present.
On the restriction there is a row of black S hooks with two horizontal bands below and a manganese-edged green line above; on the shoulder, a zig-zag with green strokes across the lines, and fan-shaped leaves in the spaces above and below. The neck is decorated with two rows of chevrons between manganese lines, alternating with two green wavy lines. On each side of the handle, in manganese, there are oblique strokes between two sets of three vertical lines; round the rim, three manganese horizontal bands and one green; and on the handle, horizontal stripes in alternate colours.