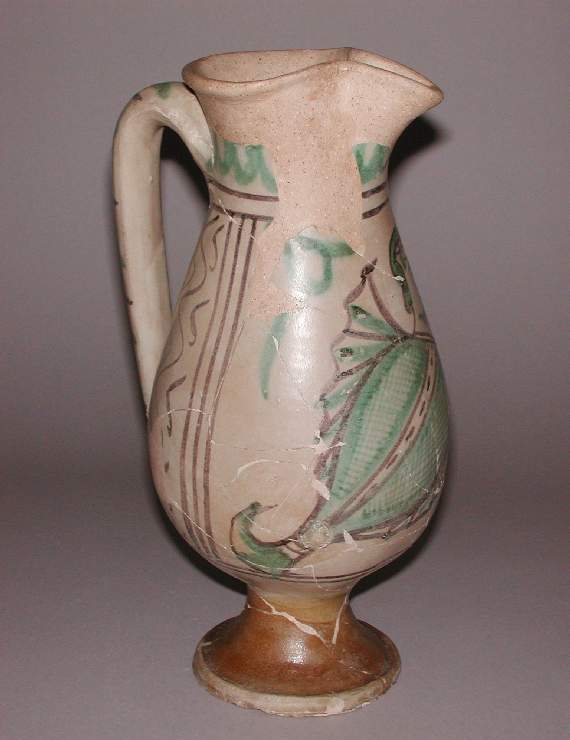 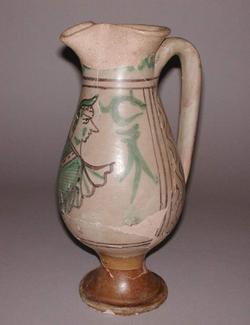 Late Medieval maiolica jug, painted in manganese and green with a fish and a man's head on the front.

Pale buff earthenware. The interior and exterior of the foot are lead-glazed brown, the base is unglazed, and the rest is tin-glazed pale greyish-beige. Painted in dark manganese and copper-green.
Shape 17. Elongated piriform body with pedestal foot, short neck, trilobate mouth, and loop handle of oval section.
The front is decorated with a flat fish with a man's head flanked by green curved and pointed strokes. On each side of the handle, there is a vertical wavy line flanked by Ss between two sets of three vertical manganese lines. Below are two horizontal manganese bands; on the neck, two and a green chain; and on the handle, ten oblique stripes of alternate colours.