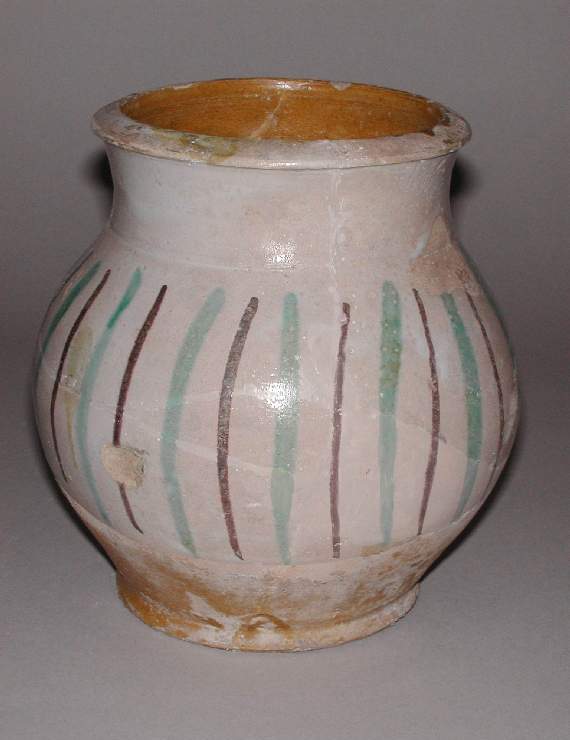 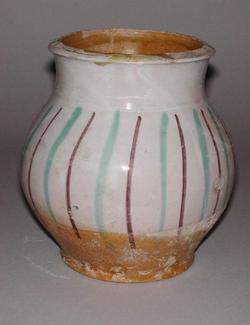 Pale pinkish-buff earthenware. The interior, lower part, and base are lead-glazed brownish-yellow; the rest is thinly and unevenly tin-glazed greyish-white. Painted in manganese and copper-green.
Shape 6. Squat baluster body with slightly accentuated base, cylindrical neck and everted rim.
The sides are decorated with vertical stripes of alternate colours.

Jars made in both underglaze painted earthenware and maiolica have been found at Oriveto. The maiolica jars have been dated to between the thirteenth and early fifteenth century. The glaze on this example is of fairly good quality, which probably indicates manufacture in the fourteenth century, rather than the thirteenth.

Inscription present: rectangular with green line along the lower edge