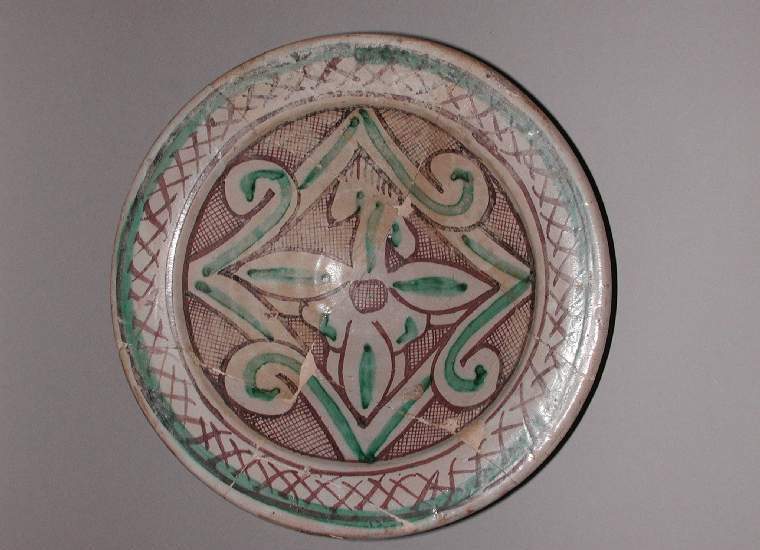 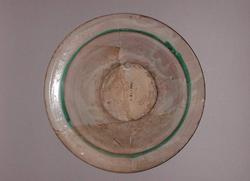 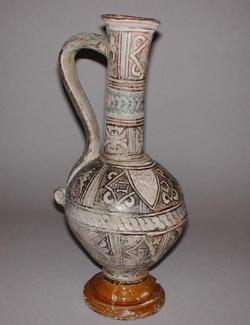 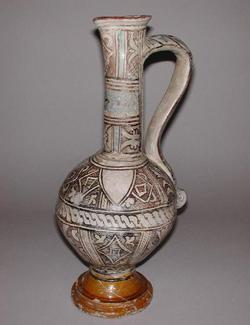 Late Medieval maiolica dish, painted in manganese and green with a rhomboid containing a plant and flower in the well.

Pale buff earthenware. Tin-glazed greyish-white on both sides, but very unevenly on the back; base unglazed. Painted in pale and dark manganese, and copper-green.
Shape 36. Thickly potted and heavy for its size. Circular with narrow rim and curved well, standing on a narrow foot.
In the well, there is a rhomboid containing a plant with a three-petalled flower with a cross-hatched background; on the rim, criss-crosses between manganese lines and a wide green band round the edge. On the reverse, a green band encircles the inner edge of the rim.

History note: Purportedly excavated at Orvieto. Purchased from Kerin, London, on 9 December 1933 by H.S. Reitlinger (d.1950); the Reitlinger Trust, Maidenhead, from which transferred in 1991.