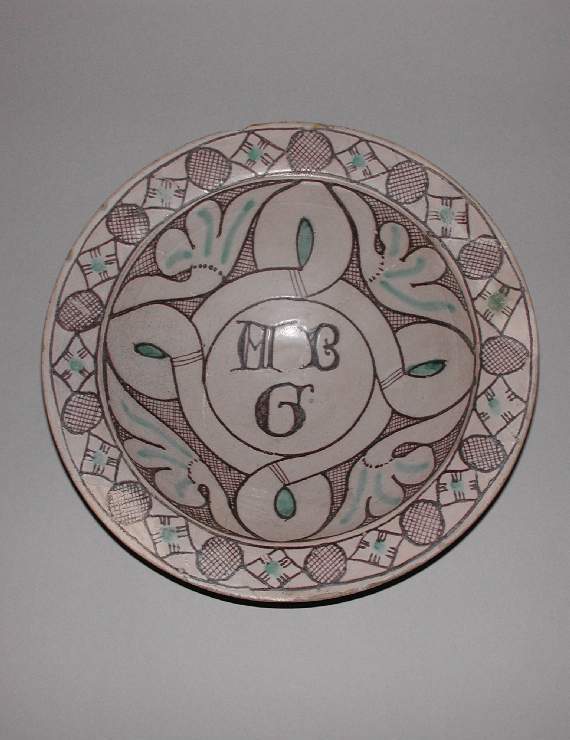 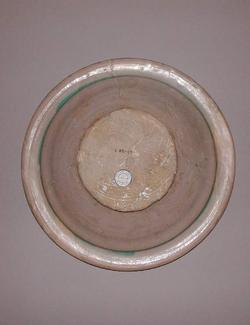 Late Medieval maiolica dish, painted in manganese and green with, in the central medallion, letters, leaves and cross-hatching, and on the rim, lozenges.

Dish. Pale buff earthenware. Tin-glazed greyish-white on both sides; base unglazed. The glaze has crazed. Painted in manganese and copper-green.
Shape 36, but deeper, and with a vertical edge to the rim. Thickly potted. Circular with narrow rim, deep curved well, and flat base.
The central medallion contains the manganese letters `A' and `B' over `C' or `G', enclosed by four loops, and four stylised leaves with cross-hatching in the spaces. The rim is decorated with alternating lozenges with green centres and manganese cross-hatched circles between narrow manganese bands. On the reverse, a green band encircles the inner edge of the well.

A small bowl decorated with a comparable 'A; was found at a pottery site in via della Cava, Orvieto.