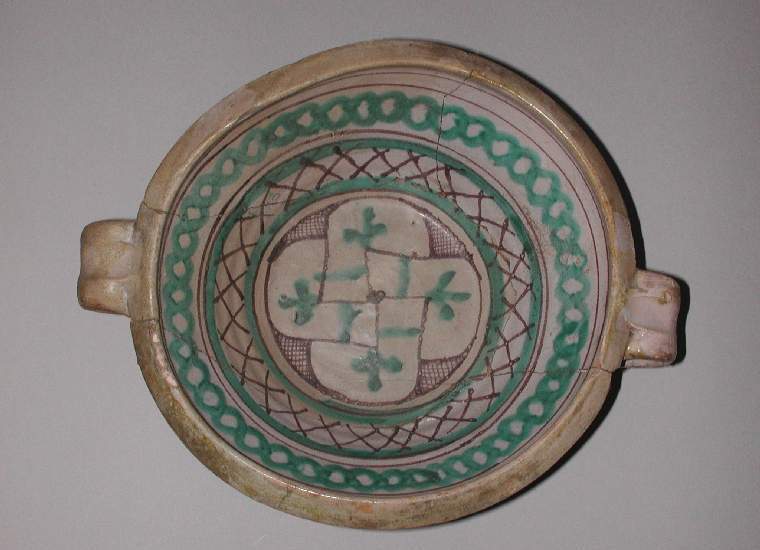 Late Medieval maiolica two-handled bowl, painted in manganese and green with, in the middle, a loop knot with fleur-de-lis, and surrounded by, on the sides, cross-hatching, criss-crosses, bands and chains.

Buff earthenware. The interior tin-glazed pale grey, the exterior lead-glazed yellowish-brown; base unglazed. Painted in manganese and copper-green.
Approximately Shape 35, but with straighter sides. Circular with sloping sides, curving inwards at the rim, disk base and two strap handles, each with a thumb print at the top.
In the middle, within two concentric manganese circles, there is a loop knot with four green fleurs-de-lis and four short strokes over it, surrounded by cross-hatching; on the sides, criss-crosses between green bands, and a green chain between pairs of manganese bands.