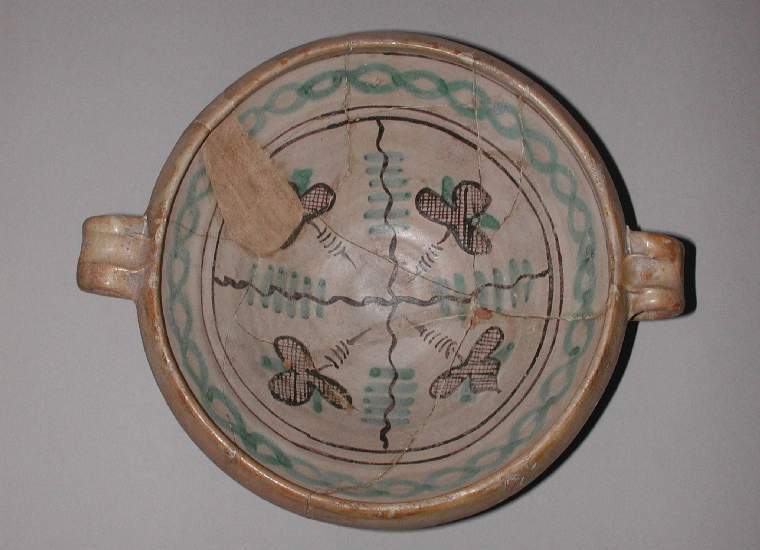 Late Medieval maiolica two-handled bowl, painted in manganese and green, with, on the inside a wavy armed cross separating four trefoil leaves.

Pale reddish-buff earthenware, the interior tin-glazed greyish-cream, the exterior lead-glazed yellowish-brown; base unglazed. Painted in manganese and copper-green.
Shape 35. Circular with deep curved sides and incurved rim, disk base and two broad strap handles with a deep thumb print at the top.
Inside, within two concentric manganese circles, is a wavy-armed cross with short green strokes over each arm, separating four trefoil leaves cross-hatched in manganese; below the rim, a green chain with a manganese band above.