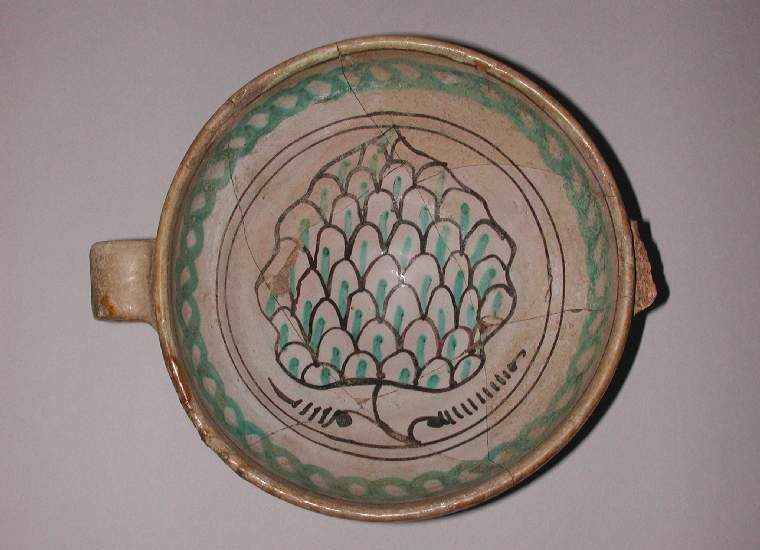 Late Medieval maiolica two-handled bowl, painted in manganese and green with a bunch of grapes.

Buff earthenware. Tin-glazed greyish-white inside, on the top of the handle and upper part of the exterior; the lower part is lead-glazed yellowish-brown, and there are trickles of lead-glaze on the base. Painted in dark manganese and green.
Shape 31. Circular with curved sides, narrow disk base and two strap handles.
In the middle, two manganese concentric circles enclose a bunch of grapes. On the sides, there is a green chain with a manganese band above.

This bowl can be seen in a pre 1910 photograph of maiolica found in butti in Orvieto (see Documentation 1997).