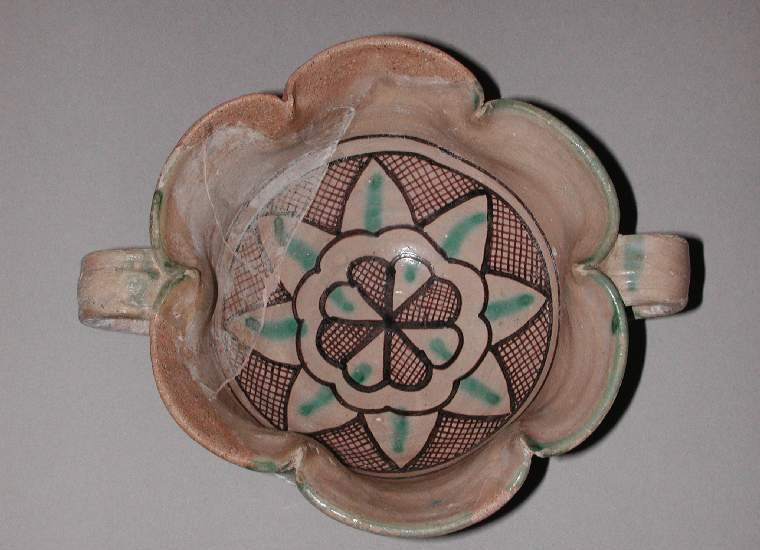 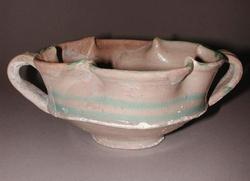 Late Medieval maiolica two-handled bowl with lobed rim, painted in manganese and green with, on the inside, an eight-petalled stylised flower.

Earthenware, tin-glazed pale greyish-beige on both sides; base unglazed. Painted in manganese and copper-green.
Circular with carinated sides and six-lobed rim, standing on a narrow foot; two strap handles with a slight longtitudinal ridge.
Inside, within two concentric manganese circles, there is an eight-petalled stylised flower surrounded by cross-hatching; on the rim, a green line, and, on the outside, two green bands.