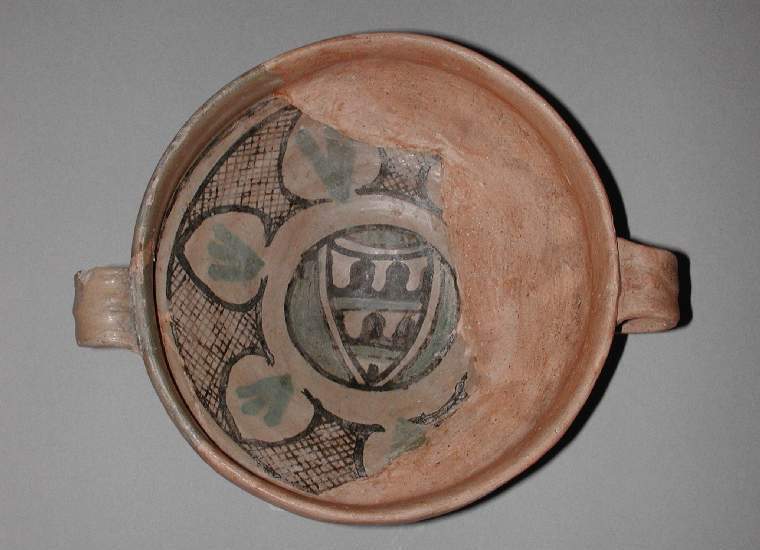 Late Medieval maiolica two-handled cup, painted in black and green with, on the inside, a shield.

Earthenware. Tin-glazed beige overall. Painted in black and copper-green.
Approximately Shape 21. One third of a cup with carinated sides, narrow foot and one strap handle with a longtitudinal ridge; the other restored.
Inside, there is a medallion with a green ground containing a shield charged with vair, surrounded by a cross-hatched border interrupted by leaf-shaped reserves containing three green strokes. The rim is green, and, on the outside, there is a horizontal green band.

History note: Probably purchased from Kerin, London, on 9 December 1933 by H.S. Reitlinger (d.1950); the Reitlinger Trust, Maidenhead, from which transferred in 1991. 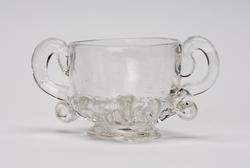 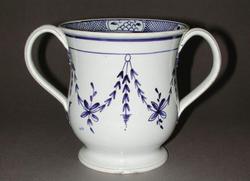 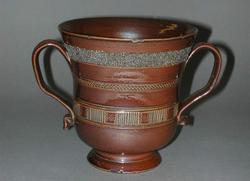 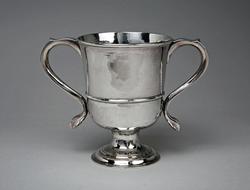 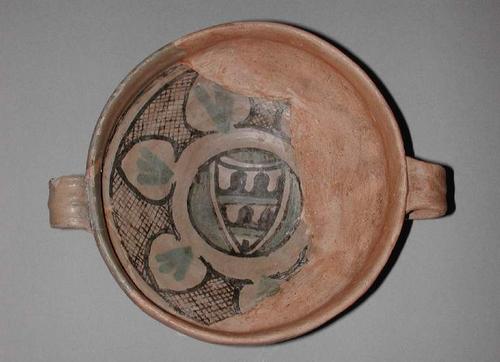