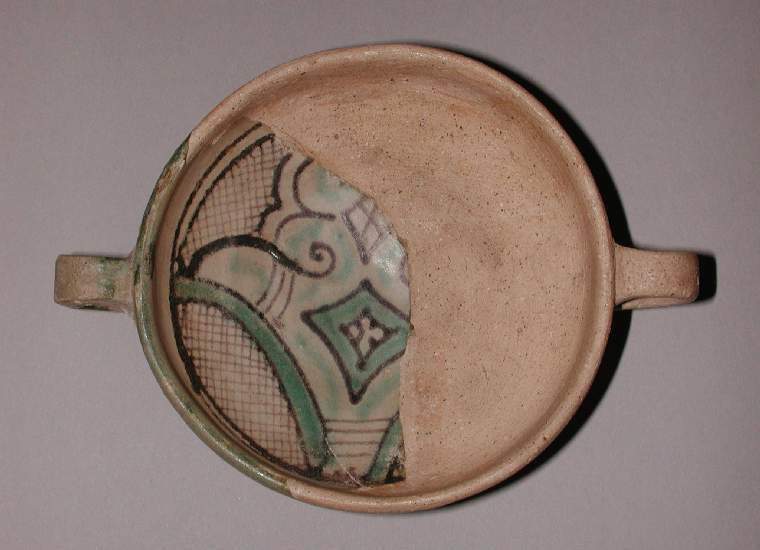 Late Medieval maiolica two-handled cup, painted in manganese and green with, on the inside, a leaf.

Earthenware. Tin-glazed pale beige on both sides; base unglazed. Painted in dark manganese (almost black) and copper-green.
Shape 21. Approximately a third of a bowl with carinated sides, narrow foot and one handle of oval section.
Inside, within part of two manganese circles, there is a leaf decorated with two lozenges, surrounded by hatching; on the rim a green band, and, on the outside, a green band and a green spot on the handle.