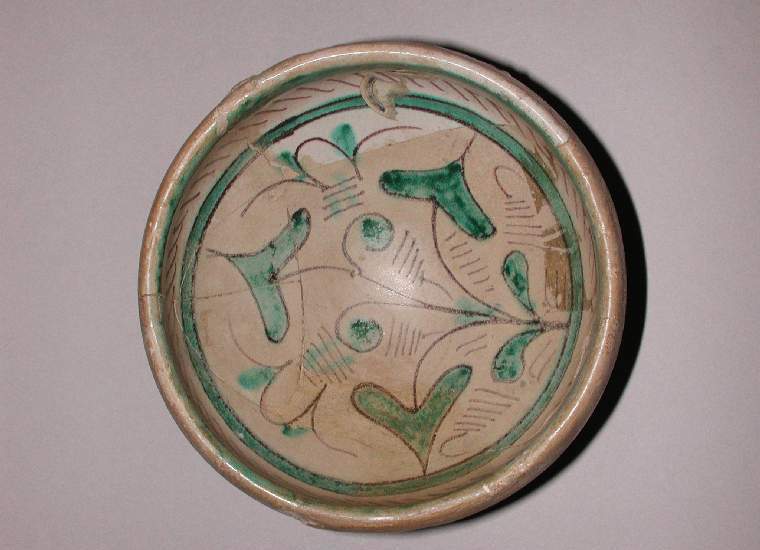 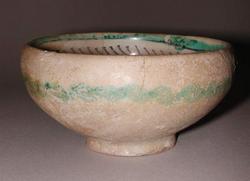 Late Medieval maiolica bowl, painted in manganese and green with, in the middle, a stylised plant with three heart-shaped leaves and tendrils.

Pinkish-buff earthenware, tin-glazed on both sides, one area greyish-white, the rest pale beige; base unglazed. Painted in manganese and copper-green.
Shape 29. Circular with deep sides, curving inwards slightly at the top and disk base.
In the middle, there is a stylised plant with three heart-shaped leaves and tendrils, surrounded by a wide green band edged with manganese; on the sides, a row of oblique strokes, a narrow manganese band and a wide green band; and on the outside, a wavy green band.

Inscription present: remains of a circular label with a blue border (a Christie's lot no.).