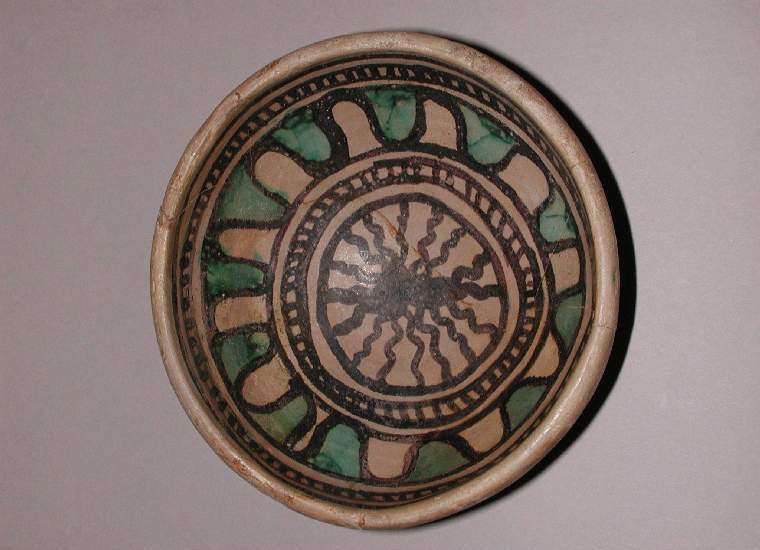 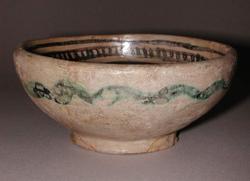 Late Medieval maiolica bowl, painted in black and green with, on the inside, a wavy-rayed star within a circle.

Buff earthenware, tin-glazed pale beige on both sides; base unglazed. Painted in black and a little copper-green. Inside, there is a wavy-rayed star within a circle, surrounded by concentric decoration comprising a 'ladder', a narrow band, an undulating line with green in the curved spaces between it and the next bane, a 'ladder' and a narrow band near the rim. Outside, a wavy green band.
Shape 29. Circular with curved sides and disk base.