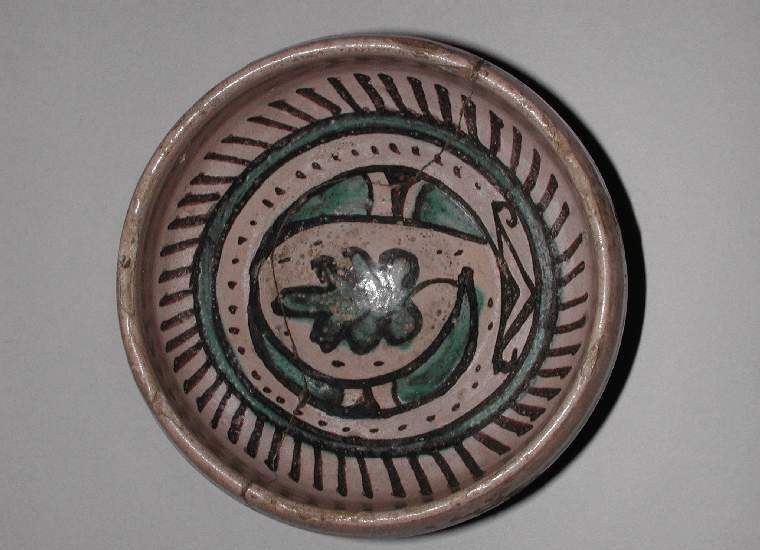 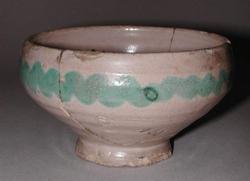 Late Medieval maiolica bowl, painted in manganese and green with, in the middle a seven-lobed leaf inside a gothic 'O', and on the sides, a green circle and radiating strokes.

Bowl. Buff earthenware. Very thickly potted and heavy. Tin-glazed pinkish-grey on both sides; dribbles of glaze on the base. Painted in dark manganese-brown and copper-green.
Approximately Shape 30. Circular with sloping sides curving inwards at the top, and narrow disk foot.
In the middle, there is a seven-lobed leaf inside a gothic `O' (?) surrounded by dots; on the sides, a green circle between two dark brown, and a row of short radiating brown strokes; and on the outside, a thick wavy green line.

The thick walls and dotted background are reminiscent of a bowl decorated with a bird from 'butto' F of the Palazzetto Faina, Orvieto, which has been dated to the last quarter of the fourteenth, or early fifteenth, century.