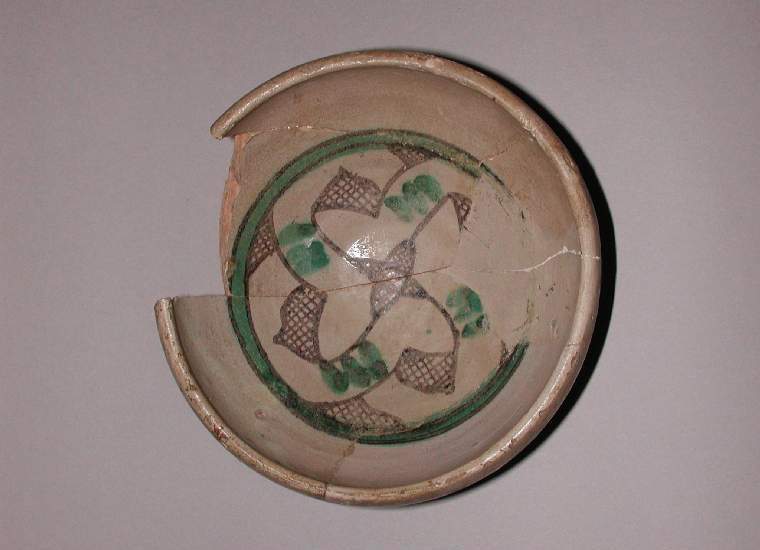 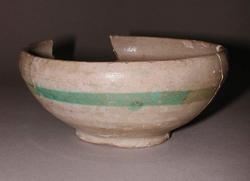 Late Medieval maiolica bowl, painted in manganese and green with, on the inside, a geometrical flower.

Pale pinkish-buff earthenware, tin-glazed greyish-white on both sides; base unglazed. Painted in dark manganese and copper-green.
Shape 29. Circular with curved sides and disk base.
Inside, within a manganese-edged green circle, there is a geometrical flower formed by two interlocking eights with cross-hatching in the background.

The infrequent occurrence of cross-hatching on bowls of this rounded form suggests that they were introduced later than carinated bvowls, perhaps in the early fourtheenth century. They continued to be made in the fifteenth century and there are numerous examples with polychrome decoration. .