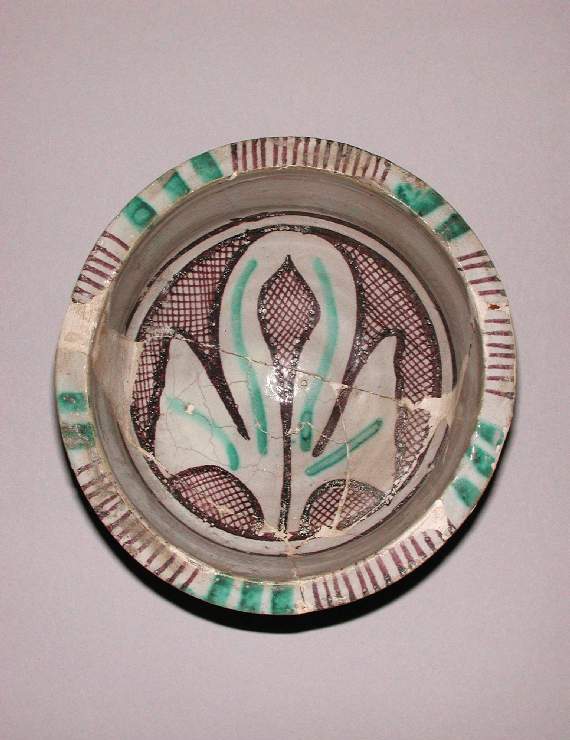 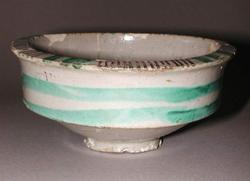 Late Medieval maiolica bowl, painted in manganese and green with, on the inside, a trilobate leaf reserved in cross-hatching.

Earthenware, thickly potted, with shiny, pale grey tin-glaze on both sides; base partly unglazed. Painted in manganese and copper-green.
Shape 24. Circular with narrow rim, carinated sides and narrow foot.
Inside, within two concentric manganese circles, there is a trilobate leaf reserved in cross-hatching; on the rim, alternating groups of green and manganese radiating strokes; and on the outside, two green horizontal bands.

This bowl is extremely heavy in comparison with the others of this form, which, with its comparatively unscathed greyish-white glaze, suggested that it might be an early twentieth-century reproduction. However, the satisfactory result of thermoluminescence analysis of a sample from Cat. no. 127 (C.133-1991), which is also heavy and new looking, suggests that this may not indicate later manufacture