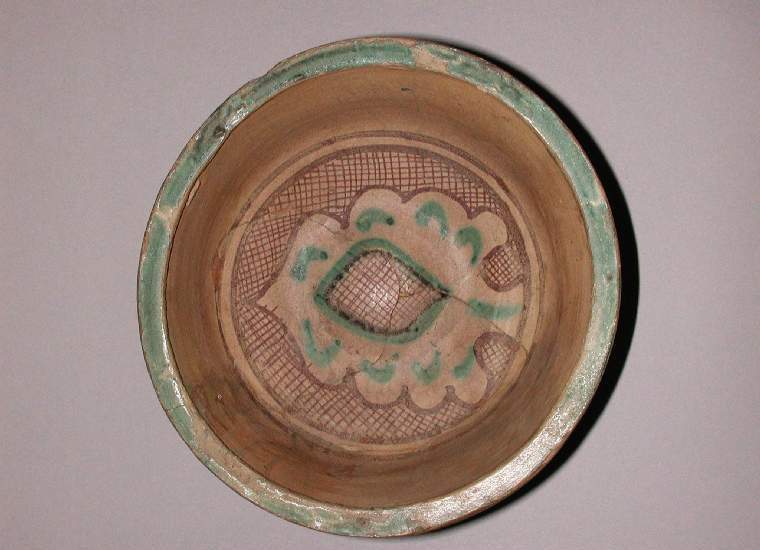 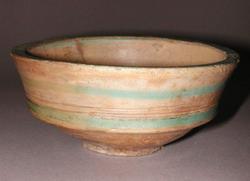 Late Medieval maiolica bowl, painted in manganese and green with, in the middle, a leaf and cross-hatching.

Pale yellowish-buff earthenware with thinly tin-glazed pale beige on both sides and part of the base. Painted in manganese-brown and copper-green.
Shape approximately 24 with narrow rim and two incised bands on the outside. Circular with carinated sides and narrow base.
In the middle, within two narrow brown circles, there is a leaf and cross-hatching; on the rim, a green band, and, on the outside, two green horizontal bands.

only part of base Tin-glaze
Earthenware