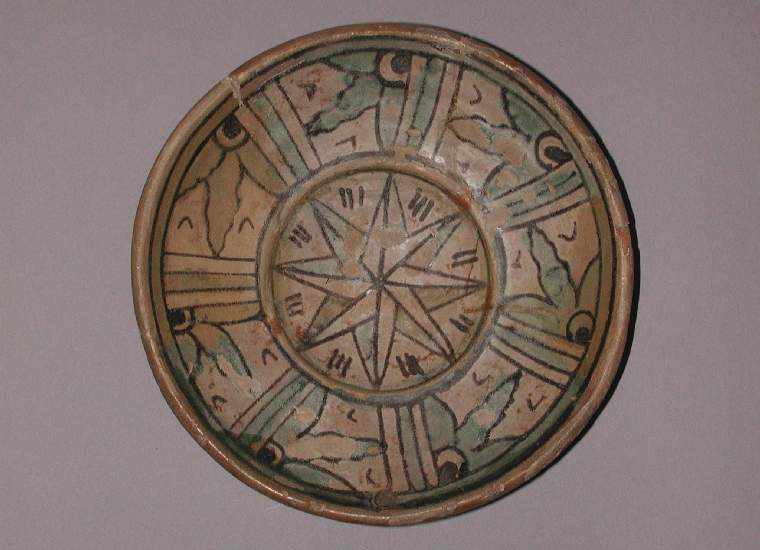 Late Medieval maiolica shallow bowl, painted in black and green with, in the middle, an eight-pointed star, and on the rim, panels with half-flowers.

Pale buff earthenware. The interior tin-glazed pale beige, the exterior lead-glazed pale brown. Painted in black and copper-green.
Approximately Shape 41. Circular with curved sides, shallow well and narrow foot; a suspension hole is pierced near the edge of the rim.
In the middle, within two concentric circles, there is an eight-pointed star with groups of three strokes in the spaces. The rim is divided by groups of four radial lines into seven panels, each containing a half flower. A green band between two black encircles the outer edge.

Probably made in Orvieto or a town in Northern Lazio