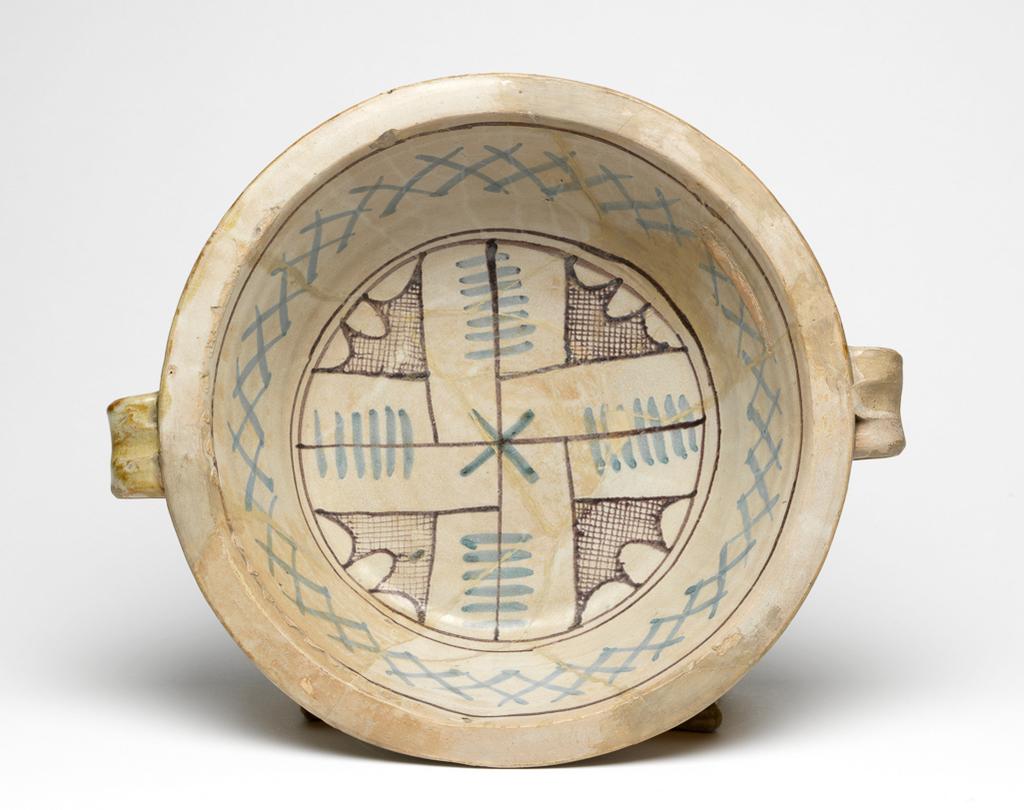 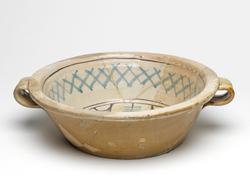 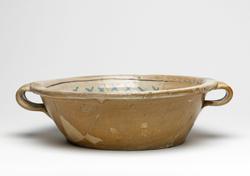 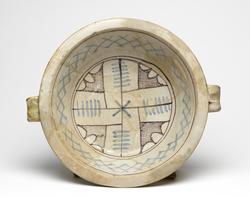 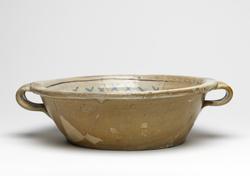 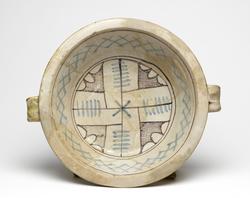 Late Medieval maiolica two-handled bowl, painted in manganese and blue with, on the inside a double-armed cross and cross-hatching.

Pale buff earthenware. The exterior and base are lead-glazed pale brown; the interior is tin-glazed pale grey. Painted in manganese and blue.
Shape 39. Circular with flat base, sloping sides, narrow flat rim and two wide strap handles with a thumb print at the top.
Inside, within two manganese concentric circles, there is a double-armed cross with cross-hatching and three scalloped lines between the arms; on the sides, blue criss-crosses and a manganese band.

Decoration in cobalt blue and manganese (maiolica arcaica blu) on tin-glazed earthenware was introduced in central Italy during the second half of the fourteenth century. One of the earliest examples is a jug found in the vault of the loggia of the Town Hall at Montalcino (Tuscany) thought to have been built during the second quarter of the century. The earliest documentary evidence for blue decoration in Florence cited by Cora (1973) was in 1360.

The form of this bowl is comparable to examples decorated in green and manganese from Umbria, such as one given to the British Museum by H.S. Reitlinger