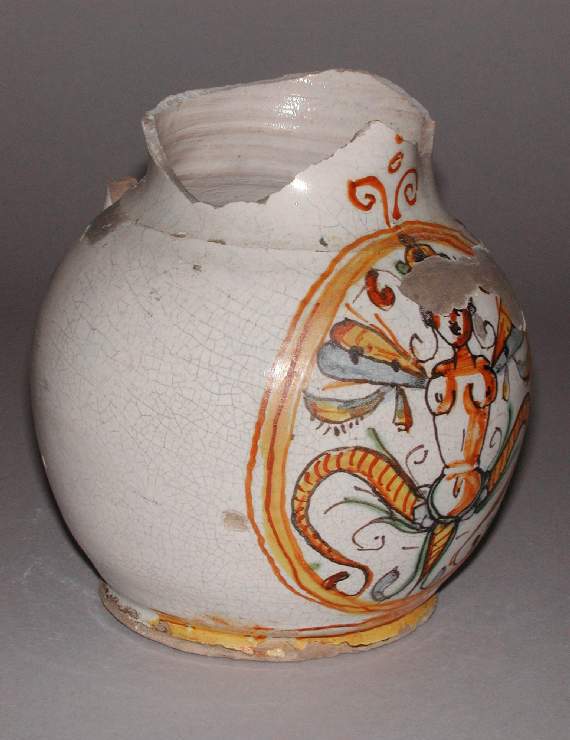 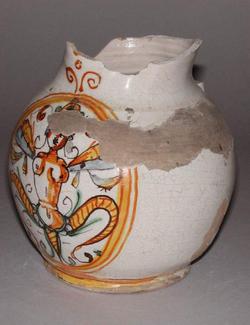 Lower part of jug. Earthenware. Tin-glazed off-white inside and outside. Painted in blue, green, yellow, orange and black.
Globular body with curved cylindrical neck, disk base, concave underneath, and the lower handle terminal; the upper part of the neck, rim, lip, and handle missing.
On the front is a circular medallion framed by a wide yellow band between two narrow orange bands, and another narrow orange band. At the top there are two tiny circles and two outward curling strokes. Within the medallion is a roughly painted winged grotesque. Round the lower edge at the front only, there are two narrow orange bands and a wide yellow band. The handle terminal has three blue horizontal strokes and a dot.