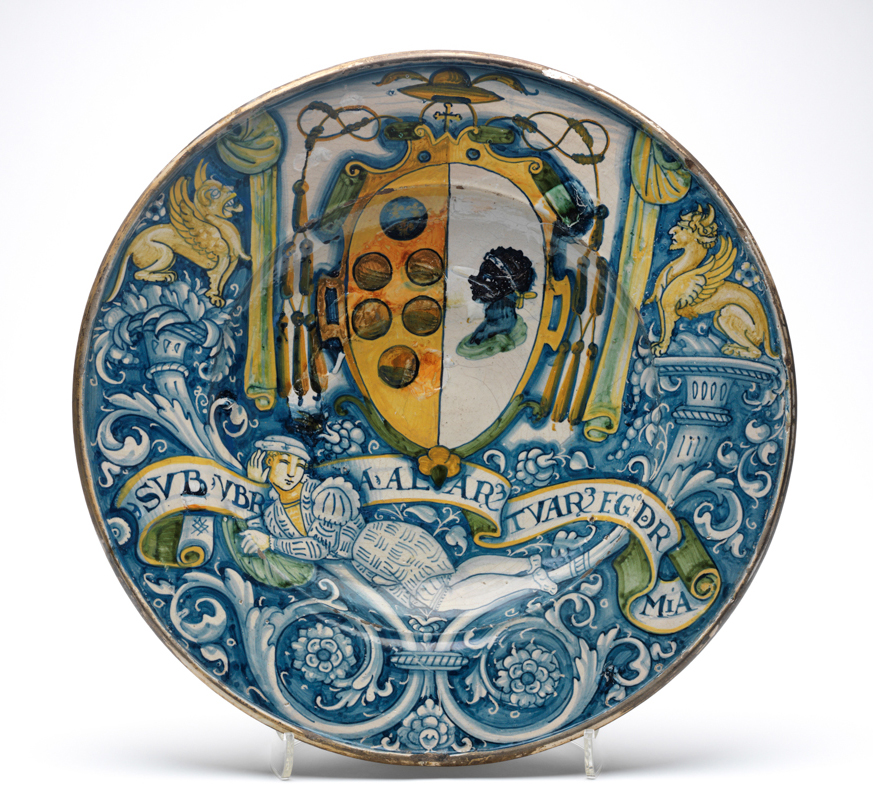 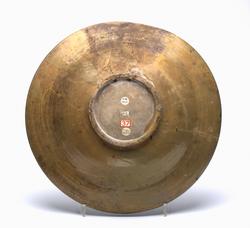 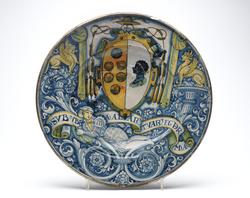 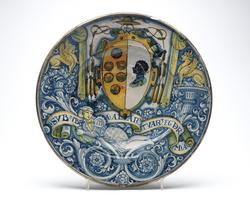 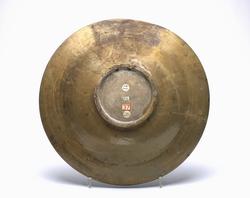 Tin-glazed earthenware dish painted with the arms of Medici impaling Pucci, a reclining youth, a ribbon label inscribed `SVB'VBR A'ALAR TVAR EGo D(o)RMIA' (Beneath the shadow of thy wings I sleep), foliated scrolls terminating in cornucopiae, and monsters

Buff earthenware. The front tin-glazed; the reverse lead-glazed greenish-beige; the area inside the footring unglazed. Painted in blue, green, yellow, darker yellow, and manganese-brown.
Shape 61, the footring pierced by two suspension holes at the top. The rim has warped during firing.
A little above centre is an oval shield charged with the Medici arms, or six balls in orle, five gules (shown dark yellow) and one in chief azure charged with a fleur-de-lis or impaling Pucci, argent, a moor's head proper wearing a headband argent charged with three hammers sable, ensigned by a cardinal's hat over a cross and flanked by tassels. Below, a youth in puffed and slashed costume reclines with his right arm under a label inscribed `SVB'VBR A'ALAR TVAR EGo D(o)RMIA' (Beneath the shadow of thy wings I sleep). From below, a pair of foliate scrolls terminating in cornucopiae curve up on either side of the arms. On top of each is a monster, the one on the left similar to a griffin, the other alike, but with a horned human head.