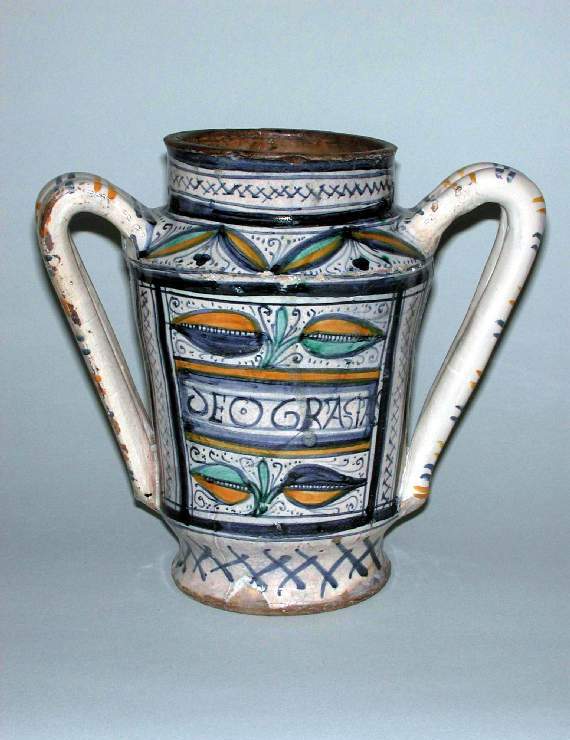 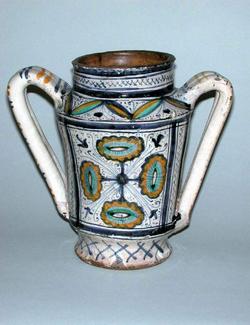 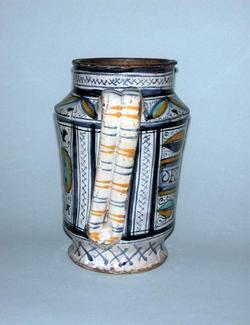 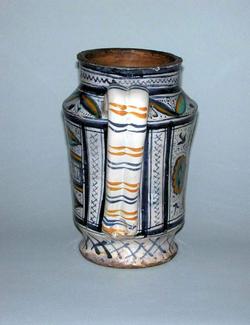 Buff earthenware, tin-glazed on the exterior; traces of lead glaze on the interior; base unglazed. Painted in dark blue, green, yellow, and a little manganese-purple.
Albarello with sloping shoulders, cylindrical neck, and two handles each formed of two rolls of clay pushed together and flattened.
On each side is a rectangular panel bordered by criss-crosses between pairs of vertical lines. One contains a label inscribed `DEO GRAcIAS' (Thanks to God), with, above and below, blue and yellow lines and two parti-coloured leaves on a stalk with dots in the background, The other has four stylised flowers on stems meeting in the centre, with diagonal tendrils between them, and a dotted background. Above and below are horizontal blue bands. Round the lower part there are criss-crosses; on the shoulder, parti-coloured leaves and buds on stalks; on the neck, smaller criss-crosses between two narrow and two wide horizontal blue bands. The handles are decorated with alternating pairs of blue and yellow horizontal stripes.