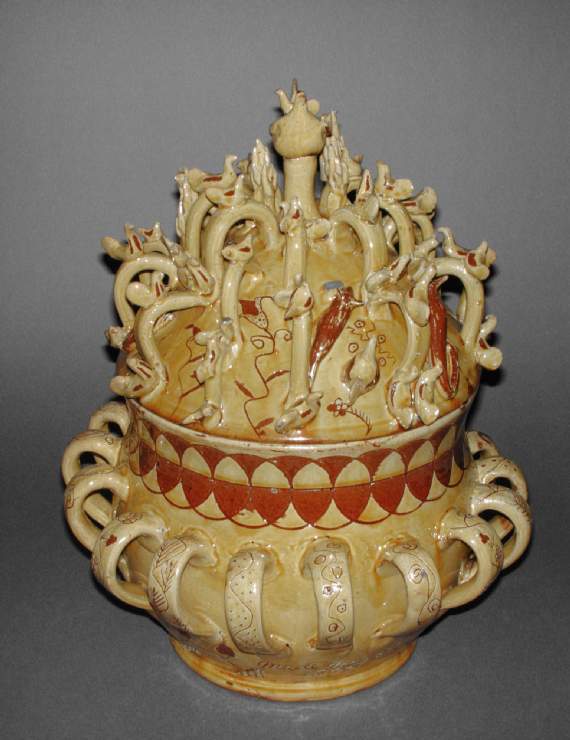 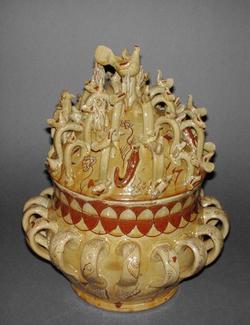 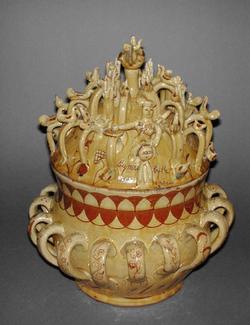 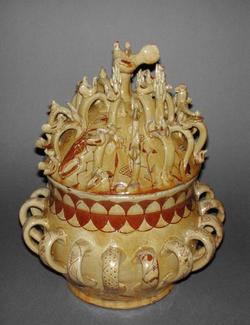 Pale red earthenware, thrown, coated with white slip, with incised and applied three-dimension decoration under yellow lead-glaze. Bulbous body with eighteen loop handles; domed cover with two rows of loops round a central finial. These are studded with small figures of chickens, trees, three foxes, and, on the front, a man stting astride a barrel, moulded in relief and applied. Round the neck of the pot is a border of interlaced circles; on the handles, and in the intervals of the remaining surfaces are various flower and linear motifs. the words 'another glass' are written across the body of the man, and below him is the inscription in Welsh, 'Cymru dros byth' (Wales for ever). On one handle of the pot itself, are the words 'Made May 6th 1892'. Under the base is the inscription, 'Made by Evan Jones/at Clay Pitts Pottery/Bridgend/May 1892'

History note: Purchased from a dealer named Groome at Upper Parkstone (between Bournemouth and Poole) on 13 December, 1919 for £1.10s.