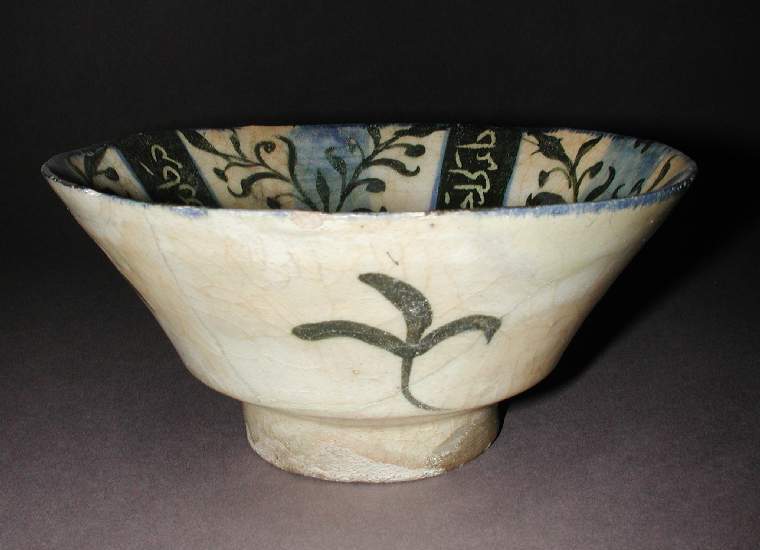 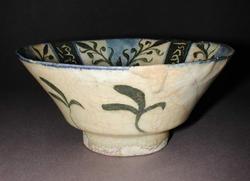 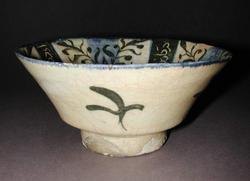 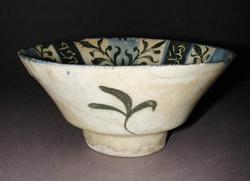 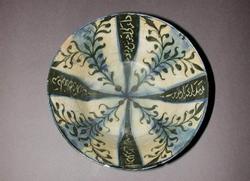 Fritware, probably wheel thrown, painted in blue and black under a clear, crazed glaze
Shape: bi-conical bowl with plain rim and foot ring
Interior: the rim is painted blue, while the body is divided by a radiating black ‘Maltese’ cross whose edges are highlighted in blue and which contains an Arabic (cursive) inscription painted in reserve. This cross separates four panels in which black radiating water weeds are painted against a blue background. Glaze is pooled slightly in the base.
Exterior: touches of blue from the interior are visible on the rim. On the body a simple, repeating water weed design is painted in black. Glaze runs unevenly over the foot ring.