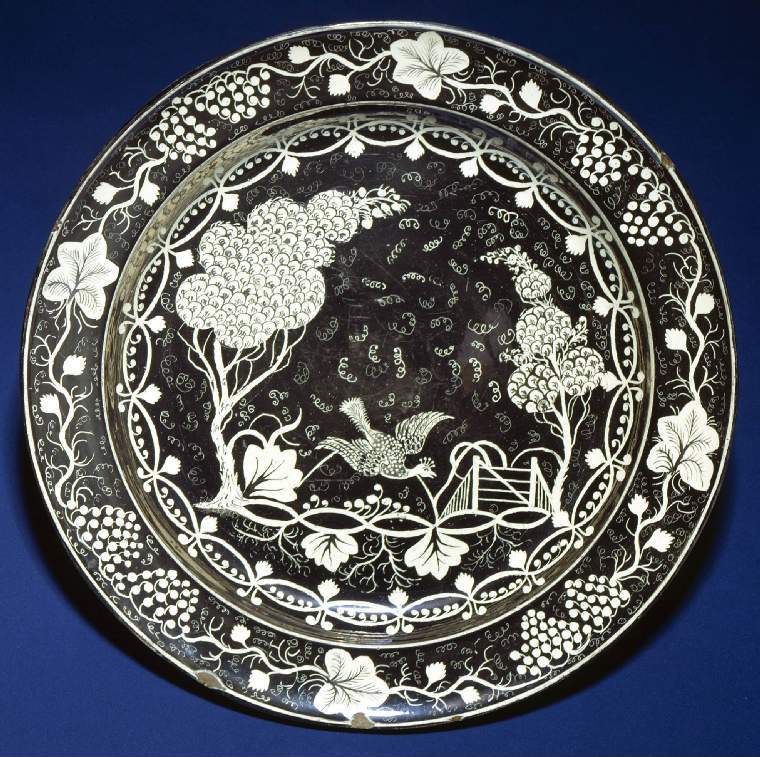 Circular creamware plate with a wide rim, curved sides and flat centre, decorated over-glaze to cover the whole upper surface with a resist-lustre design on silver lustre ground. In the centre is a stylized landscape within a border of interlacing stems and leaves. Two trees, one on either side, are linked by a twining creeper and between the trees a bird flies down to a four-bar gate. The rim is encircled by a vine stem with bunches of grapes and foliage. The background is filled with fine sgraffito tendrils. The underside is glazed only. The cream surface is intensified by use of an opaque glaze.

History note: Bought from Mr V. B. Button, Lower Grosvenor Street, London SW, on 18 November 1907 for £12.10s (twelve pounds ten shillings), by Dr J.W.L. Glaisher, Trinity College, Cambridge. Mr Button had bought the dish, and a pair like it, from a dealer.

A pair to this plate is held by the Leeds Museum, with the trees reversed and the bird flying upward over a gate to the left (see Griffin). Dr Glaisher opted to buy just one plate, rather than pay £25 for a pair he was offered, though he notes ‘it seemed so remarkable to have a piece of resist lustre marked ‘Leeds Pottery’ that I thought the dish worth securing on any terms’.

English lustreware was commercially produced from c.1805 and popular throughout the first half of the 19th Century. Resist lustreware was typically produced by drawing, transfer printing or stencilling the design over-glaze then applying a size (perhaps a sugar and glycerine mix) to the design, with a fine brush. The pot was then coated in lustre, which only adhered to the unpainted parts. Silver lustre, made using minute deposits of platinum on a white, yellow or blue ground, was popular from around 1810-1830; and pots were sometimes coated all over to mimic Georgian silverware. Most lustreware was made for everyday use, and factory markings are rare. Staffordshire potters were the first and largest producers of lustreware, but the mark on this plate indicates it was made in Leeds, which was a significant centre for resist lustreware. It is thought that lustre was introduced at Leeds Pottery a little before its first mention in the factory’s drawing book for 'Enamell'd Tea Ware', published in 1819. 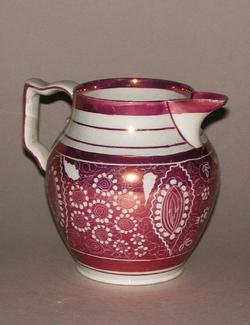 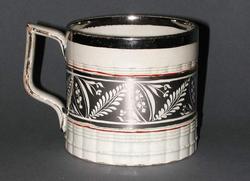 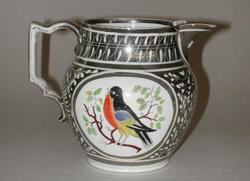 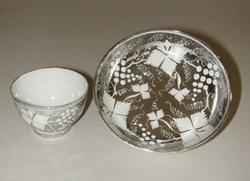