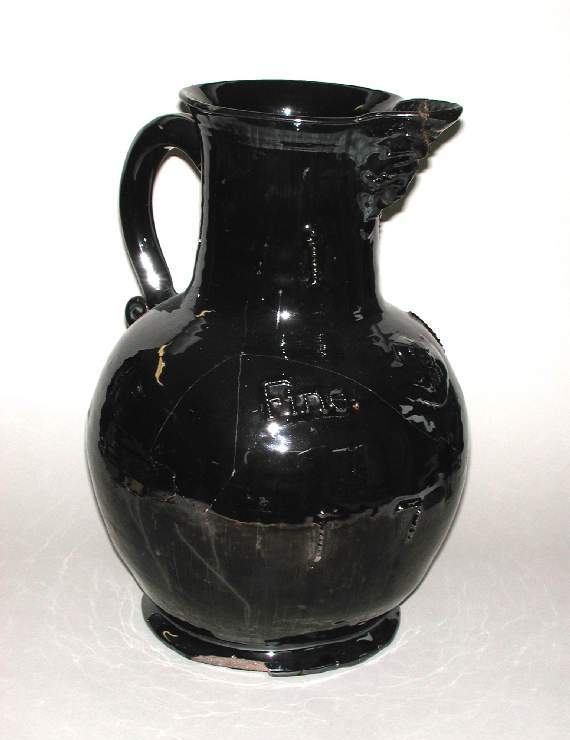 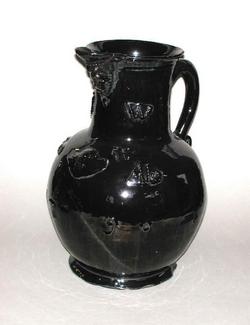 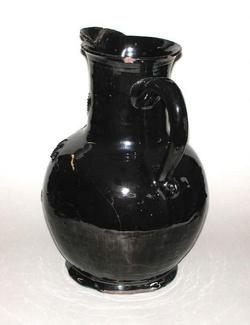 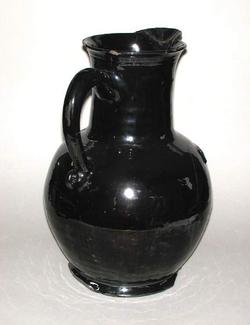 Very large ale jug, bulbous body with wide, tall neck flaring at the mouth, flat foot and loop handle coiled at the lower end. Decorated with applied reliefs including: a (female?) mask under the lip; ‘I W’ on the neck; and ‘Fine Ale’, separated by a cherub, above ’17 90’ on the front. The letters formed from corrugated strips. The whole jug, apart from three pads on the underside, is coated with a thick black (iron manganese) glaze. The underside is flat.

Jackfield ware was generally made for everyday use – such as tea-pots, kitchen ware, pitchers or drinking mugs – and is often decorated with enamels or gilt. The weight of this jug, however, suggests it was made for display rather than utility.

The lustrous black lead glaze on this jug identifies it as Jackfield ware. Named for Richard Thursfield and his son Maurice who produced such wares at their pottery in Jackfield, Shropshire, c.1713-1772, Jackfield was also produced by other potters in Shropshire and Staffordshire. Thomas Whieldon, of Fenton, Stoke-on-Trent is credited with producing an exceptionally shiny black glaze. Jackfield is also sometimes also known as jet ware, blackware or japanned ware (after Japanese black lacquer ware). It was particularly popular from c.1740-60 and again in the second half of the nineteenth century when Queen Victoria favoured black items in mourning for Prince Albert, who died in 1861. 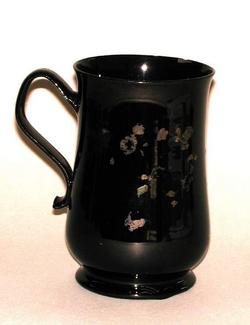 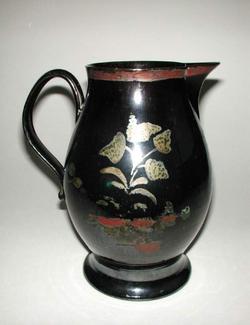 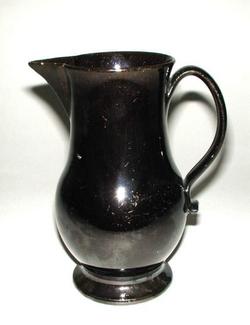 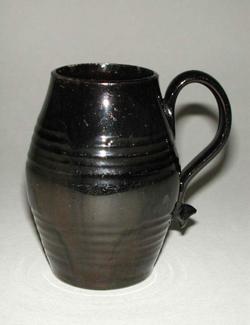