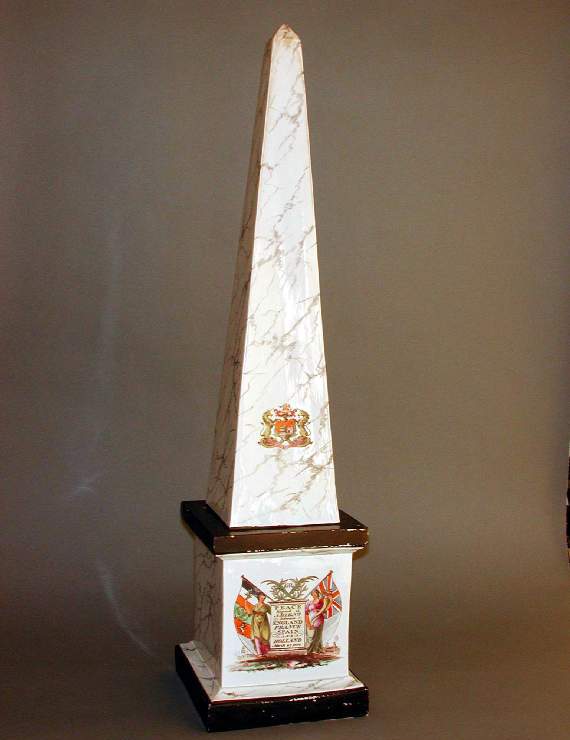 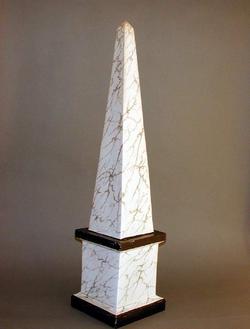 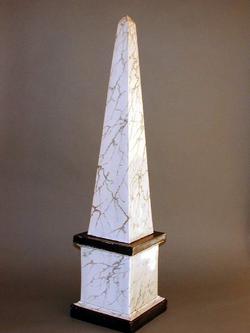 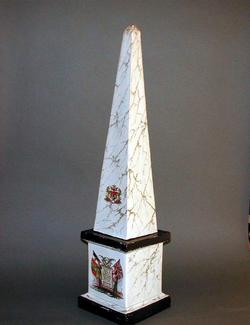 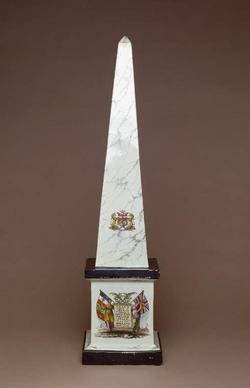 Cream earthenware, transfer-printed onglaze in brown, and painted in polychrome enamels with the arms of the City of Bristol, and a print commemorating the Peace of Amiens.

The Water Lane pottery, later known as the Bristol Pottery, operated between 1682 or 1683 and 1882. It made delftware until 1777, when it was taken over by Richard Frank, who also made stoneware. His son-in-law, Joseph Ring, purchased the pottery in 1784 and in 1786 began to make creamware. Production was continued by his widow and partners after his death in 1788. Transfer-printed decoration was probably introduced at the Bristol Pottery after Henry Carter took control of it in about 1797, but was little used until the1820s. The commemorative design on this rare model obelisk is one of the few printed patterns attributable to the Bristol Pottery at the beginning of the nineteenth century. Its one of an enormous number of prints on English pottery which were inspired by the Revolutionary or Napoleonic Wars. The design also appears on mugs, and was re-used with an updated inscription to celebrate the Peace of Paris in 1814.

Inscription present: accompanying a small view of the Bristol Pottery in the viewer's right background of the transfer-print 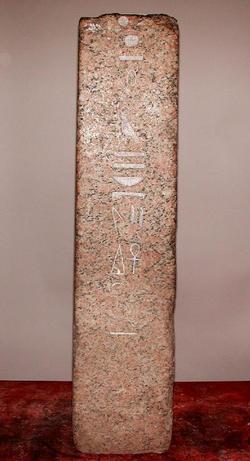 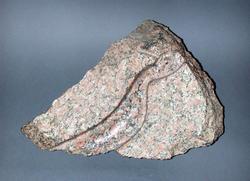 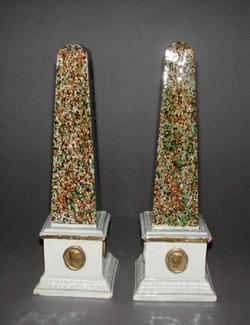 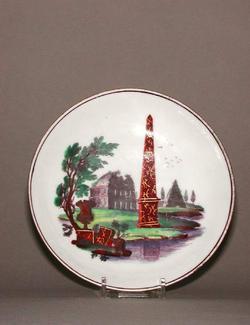