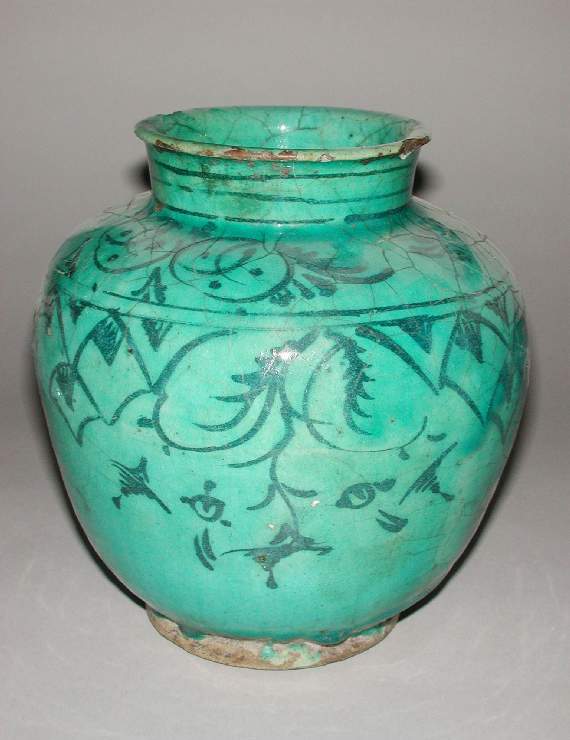 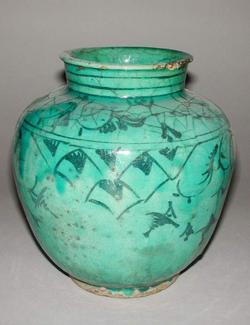 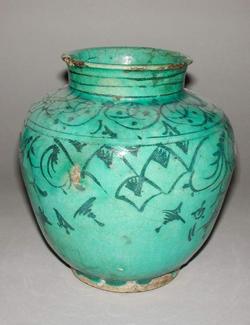 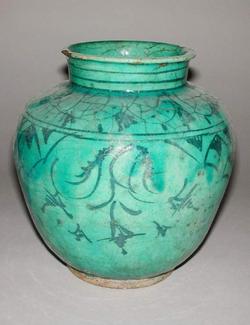 Fritware, painted in blue under a turquoise glaze

Fritware, wheel thrown, painted in dark blue under a transparent crazed turquoise glaze
Exterior: neck is painted with three concentric lines. On the shoulder a frieze of circles, containing diagonal curving lines and dots, amongst feathery leaves and dotted triangles. On the body a groups of triangles containing solid triangles hang from a pair of concentric lines; these groups are separated by feathery scrolls from which pseudo-tassel marks are suspended. Glaze covers the body with varying thickness, gathering in droplets on the lower body and foot ring. Splashes of glaze cover the underside of the foot ring.
Interior: undecorated except for glaze.

Method of acquisition: Given (1923) by The Friends of the Fitzwilliam Museum

turquoise, transparent, crazed, covers the exterior body with varying thickness, gathering in droplets on the lower body and foot ring. Splashes of glaze cover the underside of the foot ring Glaze Fritware