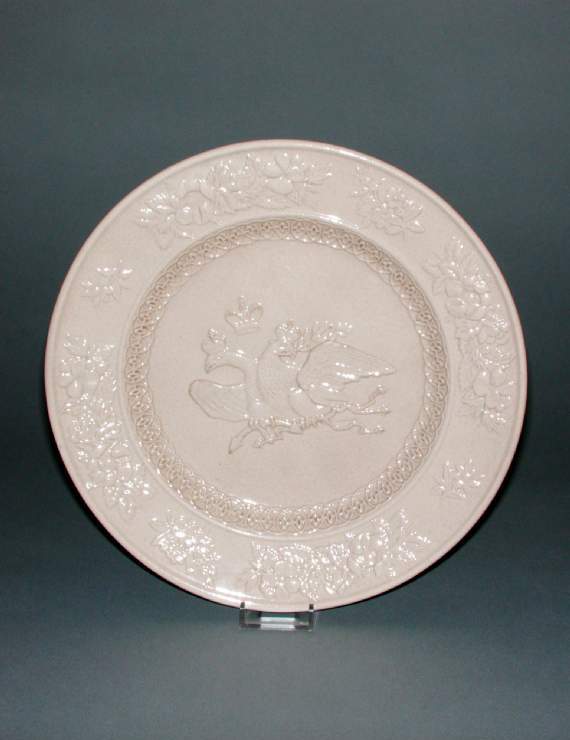 Earthenware plate, moulded in relief, with an eagle grasping thunderbolts, and four groups of flowers, and glazed buff.

Earthenware, moulded in relief and covered with buff glaze. Circular with a sloping rim, shallow curved sides, and flat centre, standing on a slight footring. The centre is moulded in relief with a crowned double-headed eagle grasping thunderbolts; on the sides there are interlacing circles containing almond-shaped outlines; and on the rim, four large floral arrangements including a rose, alternating with two smaller sprays and two sprigs.

Inscription present: with an impressed crown