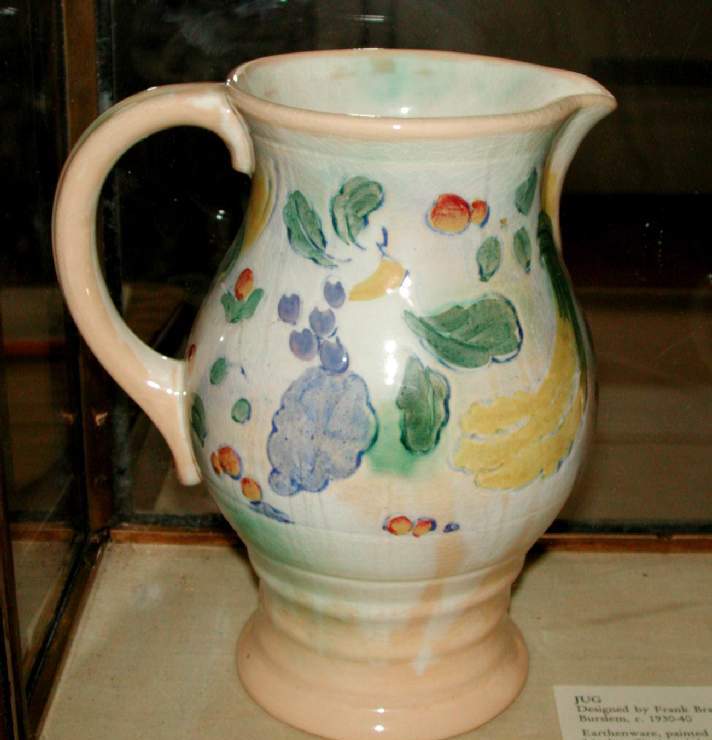 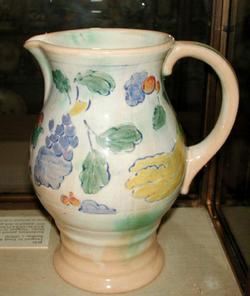 Buff-coloured earthenware slip-cast in a two-part mould, with applied moulded handle. The jug is an approximate baluster-shape, with flared neck and foot. The lower part has moulded horizontal ridges to imitate those on a thrown jug and, above, the outlines of fruits and foliage are incised or moulded into the surface. The upper body and the inside are partially covered with a thin, cream-coloured slip, lightly touched with soft green patches, and the incised decoration is outlined and filled under-glaze in blue, green, yellow and orange. The whole, including the underside, is covered in clear, crackled, glaze.

Given by the Friends of the Fitzwilliam Museum, bought from The Fine Art Society

Method of acquisition: Given (1980) by The Friends of the Fitzwilliam Museum

Doulton, founded c.1815, originally made utility ceramics, stoneware jugs and ornamental bottles. Henry Doulton introduced decorative stoneware and architectural terracotta at Lambeth in the mid 1860s. He encouraged his modellers and decorators to use a wide range of techniques and decorative treatments in producing both unique, artist-signed, and limited edition pieces. From 1872 the business expanded into faience and in the 1880s opened a factory at Burslem, Staffordshire, where bone china was also made. In 1901, Edward VII granted the Royal warrant to the factory.

‘Harvest pattern’, introduced in 1930, was one of a range of designs for tableware and ornaments commissioned by Doulton from Frank Brangwyn RA (1867-1956) between 1928 and c.1935. A jug of this design was illustrated in an advertisement for Royal Doulton in the 'Pottery Gazette and Glass Trade Review' for 1 January 1931. Brangwyn was best known as a mural painter, but had also been involved in the design of furniture, textiles and interiors since the turn of the century. These tablewares were intended for people of moderate means, and were priced accordingly: a teaset for twelve cost £3.15s.0d. They had simple forms which could be made by factory processes, gaining their individuality from lightly incised and hand-painted decoration. ‘Harvest’ was well received by the critics, but did not sell well – perhaps because the design was neither traditional nor sufficiently avant-garde. It was withdrawn from production in 1940. 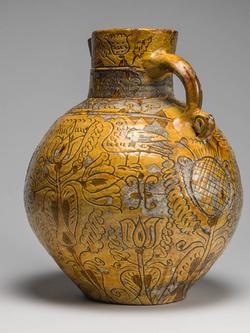 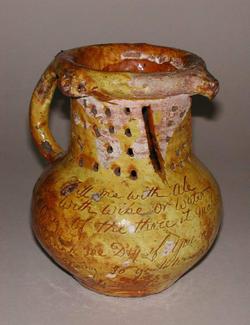 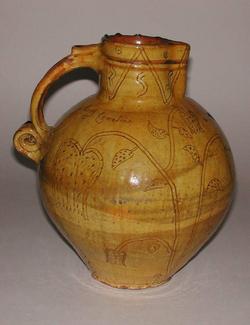 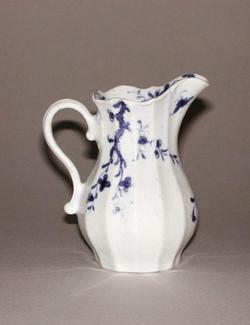