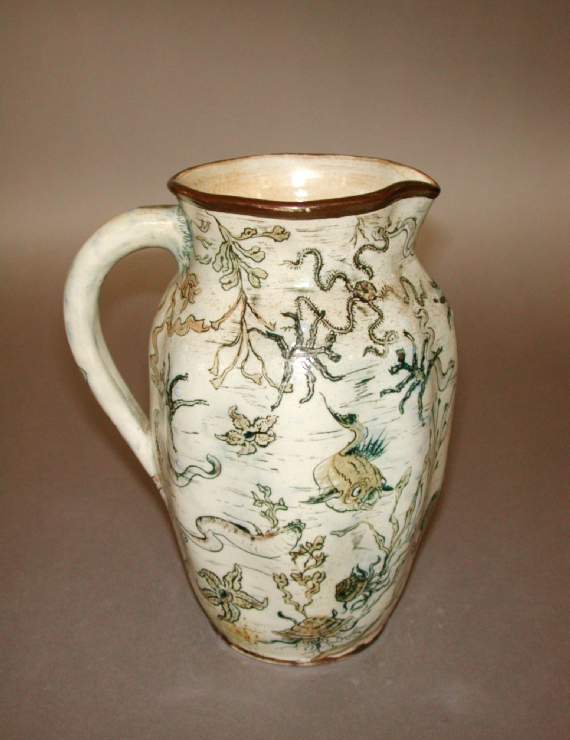 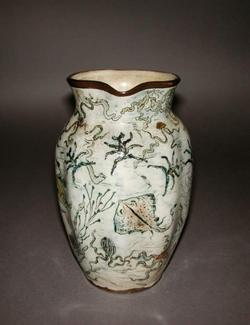 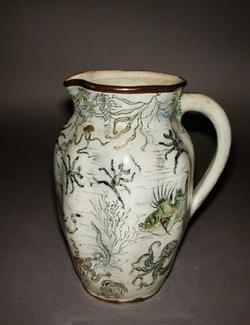 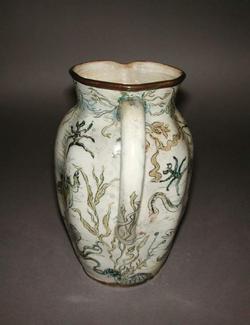 Thrown and salt-glazed stoneware jug with oviform body and wide neck pinched into a lip in front. The sides of the body are flattened to form eight vertical ribs; the handle, applied between neck and lower body, is opposite the lip. Covered with cream slip and decorated with incisions and painting in blue, brown and buff to depict marine plants and sea-creatures in water. The rim and base are outlined in brown. The underside is slightly concave and mainly unglazed, with the makers' name and date 9-1890 incised in script.

This is one of a number of examples of Martin Brothers’ vases and jugs decorated with an all-over pattern of marine life, which were inspired by Japanese work. The decoration is generally thought to be by Edwin Martin, though Malcom Haslam suggests that Walter E Willy, who worked for the Martins until 1899, may have originally drawn the fish with comical faces (Haslam, 1978,p.71).

Inscription present: the s in Bros is raised