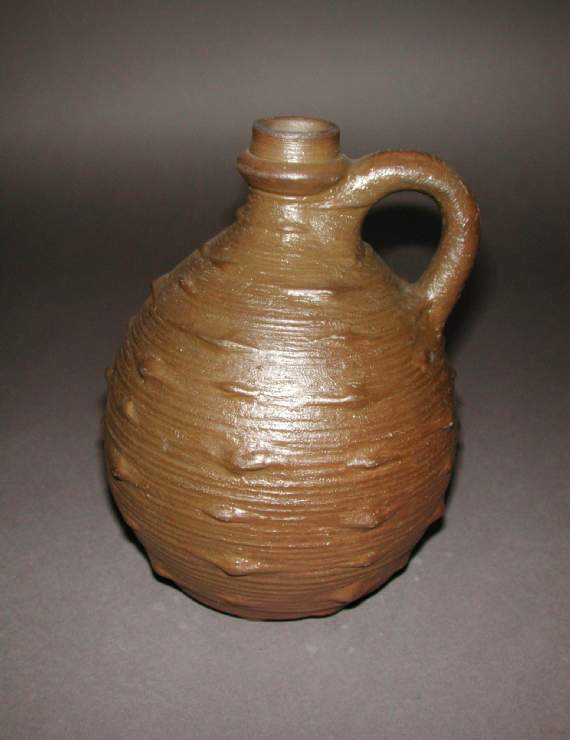 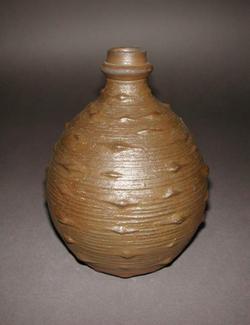 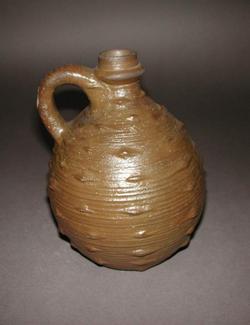 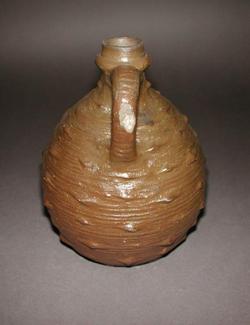 Thrown stoneware jug with bulbous body, short bottle neck and small loop handle, covered with mud-brown slip and salt-glazed. The body, which leans backwards, is decorated under the slip with horizontal scoring punctuated by small raised points in the clay, which gives the jug has a gourd-like appearance. The neck has a projecting ring, above which it is scored to suggest a screw thread. The glaze is very light, giving a matt finish. The underside is concave, speckled in brown and unglazed,

This gourd-like jug is one of a number of examples of Martin Brothers’ work made to suggest a natural, growing object. Rather than decorating the pot with a naturalistic design, the potter has given the pot itself a naturalistic form, and used muted brown slip and a matt glaze to emphasise it. At the same time, the round shape, narrow scored neck and brown colour convey the idea of an old leather bottle.

Inscription present: with a line insised under the words; inscription partially obscured by specks of brown slip