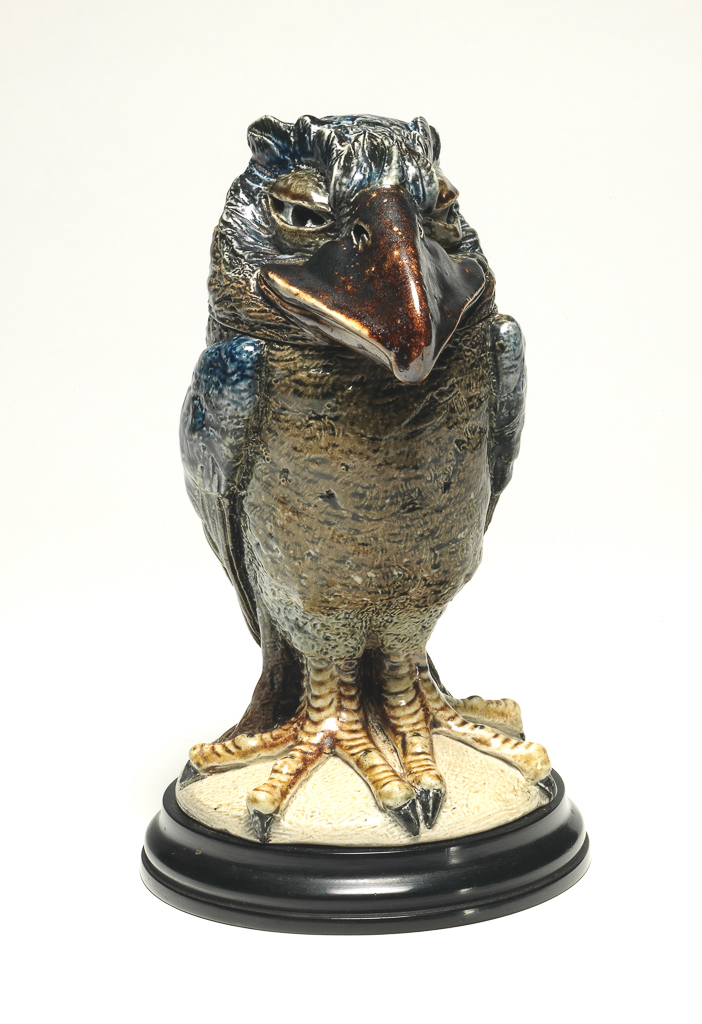 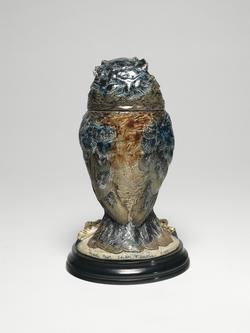 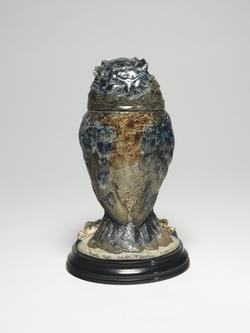 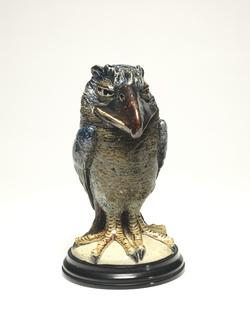 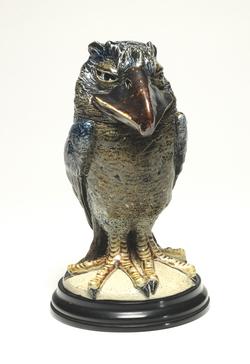 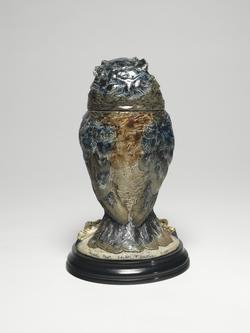 Stoneware tobacco jar, hand-modelled onto a press-moulded body into the shape of a grotesque bird, painted in cobalt blue and brown, and salt-glazed.

Stoneware, hand-modelled onto a press-moulded body, painted in cobalt blue and brown and salt-glazed. the jar is in the form of a grotesque bird. The cover, modeled to form the head, has a lower rim which sits within the body of the lower part; the base of which is fixed with nails onto a turned, circular wooden base-plate. There are incisions through the clay which serve as the pupils of the eyes, and at the top of the beak.

The bird has a large brown beak, curved downward at the tip, its head is tipped slightly to one side and the eyes modeled to give it a comically wise expression. It has brown and blue plumage, with tufts of feathers around the eyes. The feathers are splayed onto the base at the back; the legs, painted with a yellow-brown stripe, each end with three toes spread across the base at the front. The makers mark with the date 5-1897 is incised in black script across the back of the base.

The Wally Birds, so called because they were modelled by Robert Wallace Martin, are a particularly good example of the brothers’ working together. Both Edwin and Walter Martin drew caricatures of humans as birds, both in pencil and watercolour, and Charles modified the lids so they could be turned from side to side (Haslam, 1978, p.91).

This is one of a many examples of Martin Brothers’ ‘Wally Bird’ tobacco jars, the earliest made around 1880. Perhaps originally following in the tradition of English pottery ‘owl’ jugs and jars, the birds acquired a striking anthropomorphic quality, which in some becomes a caricature of human ‘types’ (such as ‘The Judge’) or known personalities, such as the Prime Minister, Gladstone. At the time they were made, such caricatures were popular in illustrations, an example being H Stacy Marks’ painting of storks in human attitudes, published in the Magazine of Art in 1878.

Press-moulding : Stoneware tobacco jar and cover, hand-modelled onto a press-moulded body into the shape of a grotesque bird, painted in cobalt blue and brown, and salt-glazed; the base fixed with nails onto a turned, circular wooden base-plate.
Salt-glazing
Hand-modelling

Inscription present: the s of Bros is raised 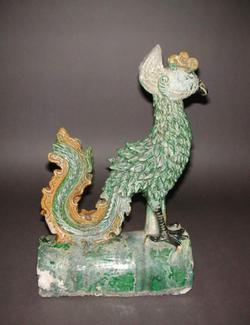 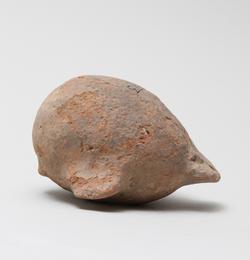 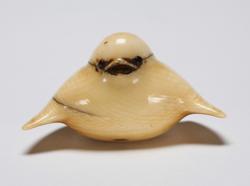 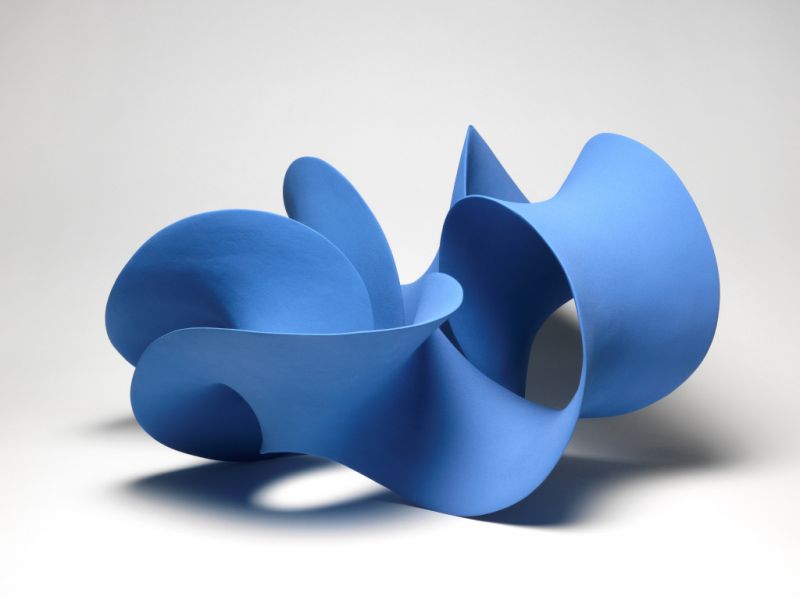 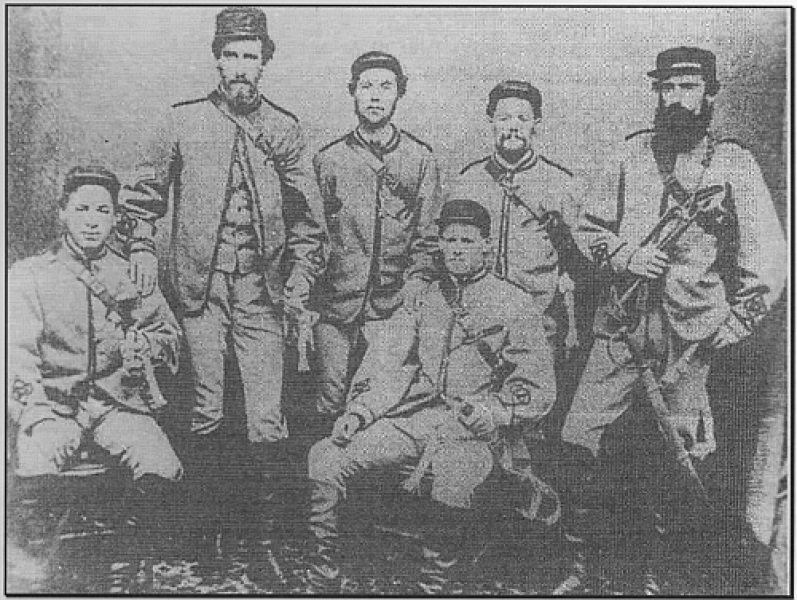 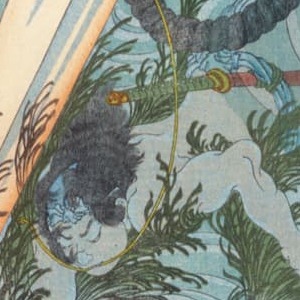 Wakashima Gonemon and the Bell