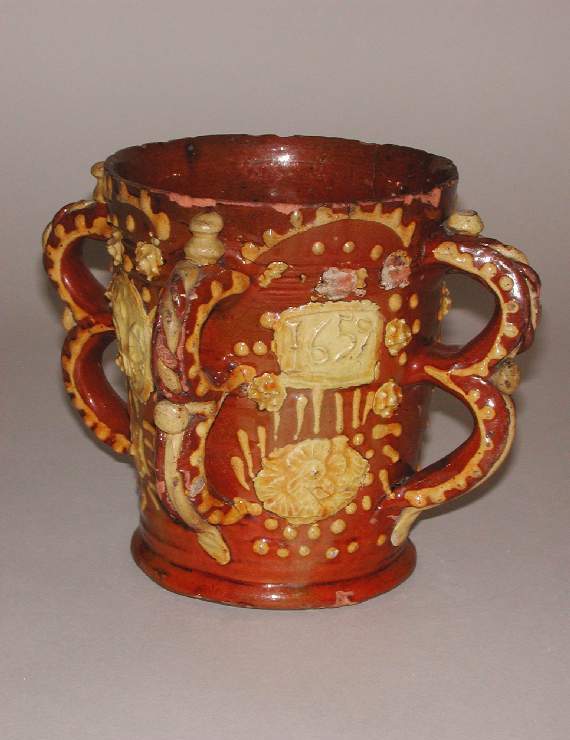 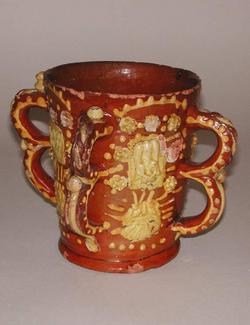 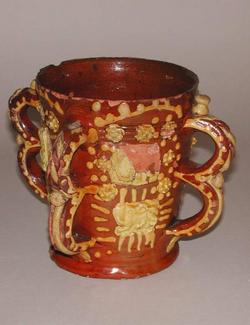 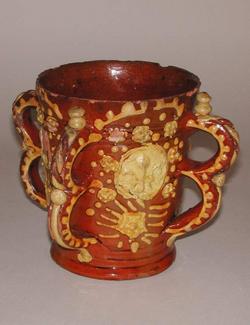 Although the second initial is missing, this tyg is sufficiently close in appearance to C.128-1928, initialled GR, to attribute it to George Richardson. who initialled pots between 1642 and 1677, and was the first recorded potter to put the place name WROTHAM on his work - on an undated jug probably made in the 1640s, and one dated 1656, both in the Fitzwilliam Museum ( C.116-1928, and C.130-1928). He lived in Plott (St Mary's Platt), a hamlet, which was the centre of the potting industry in the manor of Wrotham. His house, outbuildings, and accompanying land belonged to Nicholas Myller, who mentioned Richardson's occupation of them in his will in 1653. Richardson made his will in June 1687, and the inventory taken after his death shows that he lived in comfortable circumstances and had combined his potting trade with farming in a small way (for details, see Documentation, Semple, 2008).

Drinking cups with more than one handle were the great speciality of Wrotham potters in the seventeenth century, and have been described as 'tygs' by collectors since the nineteenth century. They were made of red or brown clay decorated in white with slip-trailing, moulded prunts, and heraldic motifs on applied pads of clay, which appear yellow under the lead glaze. Many of them bear dates and the potter's initials likewise on applied pads of clay, sometimes accompanied by one or two other sets of initials presumably those of their owners. Twisted two-colour edges and white bun-shaped finials were features of the double-loop handles, usually, three or four (as here), but sometimes only two. The initials which appear on many tygs and jugs have been matched with potters whose names are known from the parish records, and other documents, such as wills, inventories, and the hearth tax records. 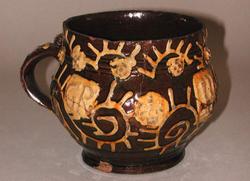 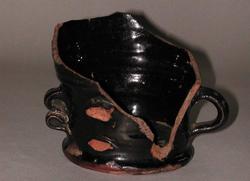 Fragment of a tyg 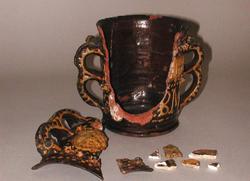 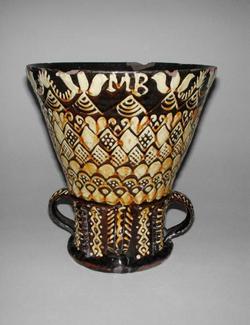