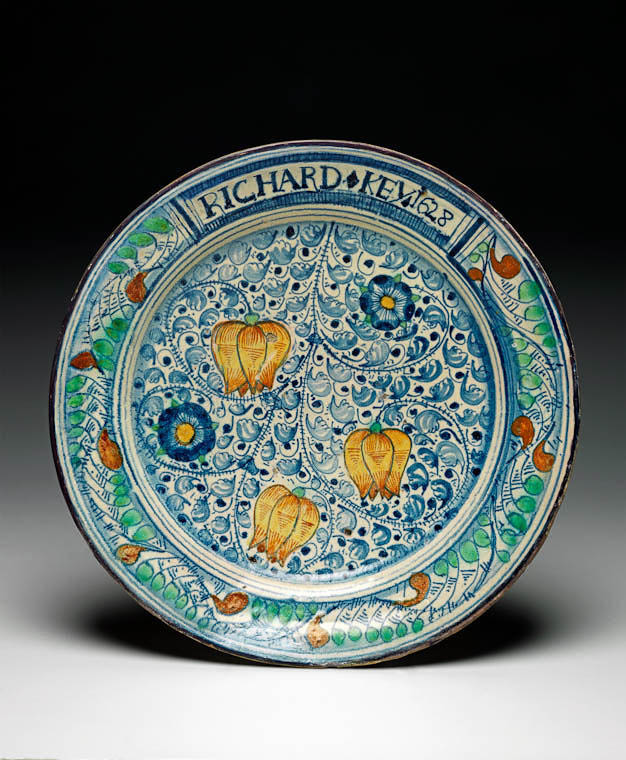 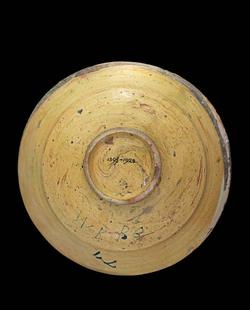 Reddish-buff earthenware tin-glazed off-white on the front and painted in blue, pale green, yellow, orange, and manganese-purple; the reverse covered with translucent yellowish lead-glaze. Circular with a sloping rim, and wide shallow curved sides, standing on a footring. The front is decorated with three yellow tulips and two blue 'Tudor roses' on curving stems of blue foliage. On the rim there are waving stems of green foliage with orange buds at intervals, broken by a rectangular panel outlined in blue and inscribed 'RICHARD KEY 1628'. On the reverse the initials W R B (?) and a symbol are written faintly in blue underglaze.

History note: Bought by the vendor in a village in Surrey where it had been for some generations in a cottage and was used as a pudding dish for special occasions such as Christmas; H. J. Montgomerie Bell, Barn House, South Newington, Banbury, Oxfordshire; placed for sale with Mr Appleton of Walford and Sporter, Oxford, where bought on 15 November 1913 for £50 by Dr J.W.L. Glaisher, FRS, Trinity College, Cambridge

The decoration was probably inspired by pottery with floral decoration from Isnik in Turkey.

Inscription present: B not clear 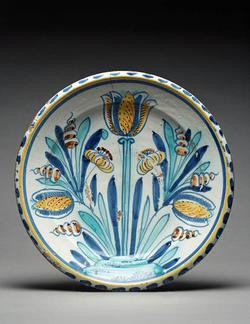 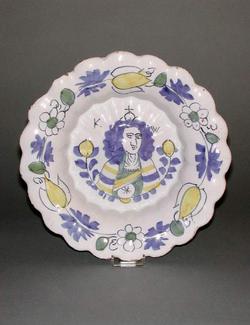 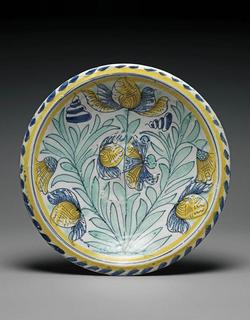 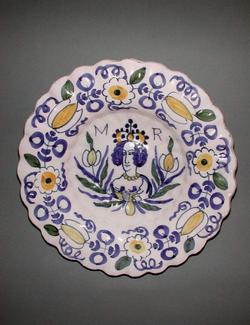