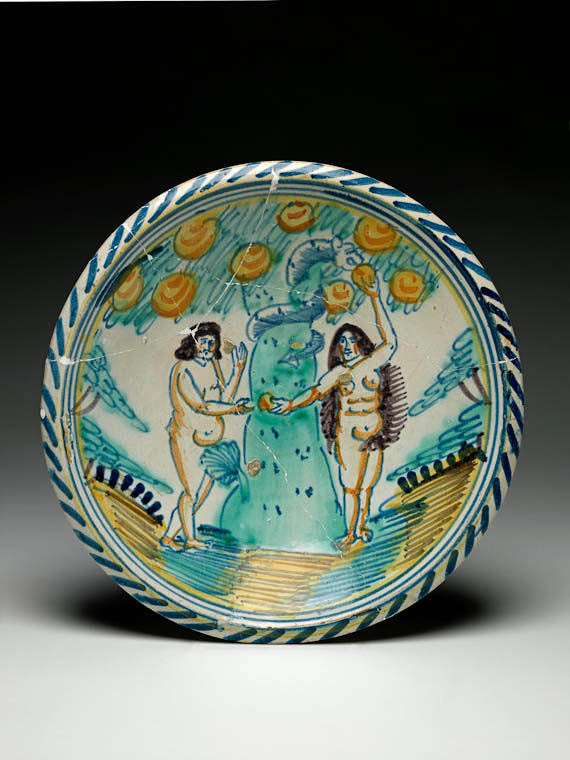 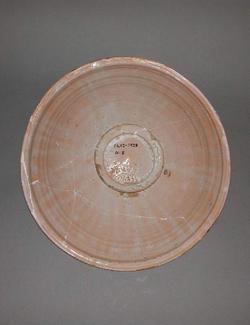 Tin-glazed earthenware painted in blue, pale green, yellow, orange and manganese-purple with Adam and Eve on either side of the Tree of Knowledge; blue dash border

Buff earthenware, the front tin-glazed and painted in blue, pale green, yellow, orange and manganese-purple; the reverse, coated with lead-glaze with radiating streaks of tin-glaze in it. Circular with deep curved sides and slightly everted rim, standing on a footring. The front is painted with Adam and Eve standing on either side of the Tree of Knowledge in which the devil in the form of a serpent is entwined. On either side there are stylized fences and half trees. The edge is encircled by three narrow blue bands, a yellow band, and blue dashes.

Probably made in London