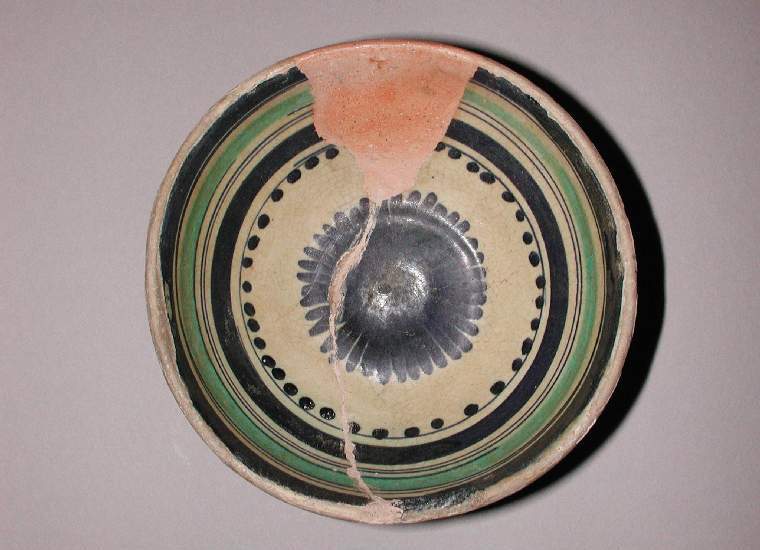 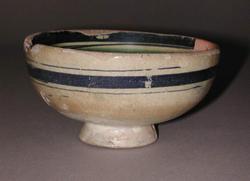 Renaissance maiolica bowl, painted in blue and green with, in the middle, a rosette, surrounded by concentric circles on the sides.

Earthenware, tin-glazed creamy-white on both sides; base partly glazed. Painted in dark blue and green.
Shape 29. Hemisperical bowl, standing on a splayed foot.
In the middle is a multi-petalled blue rosette. The sides are decorated with a row of blue spots and concentric circles: narrow blue, wide blue, wide green between pairs of narrow blue, and wide blue. Outside there is a wide blue band between two narrow.

The previous ownership of this bowl indicates that it was probably made in Orvieto or elsewhere in Umbria, or northern Lazio